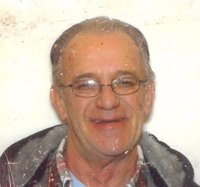 Roger C. Marchant, 78, of Poughkeepsie, NY passed away Friday, August 9, 2019 at home.  A local resident since 1979 and previously of New Hampshire, he was born on April 4, 1941in Burlington, VT.  He was the son of the late Archille and the late Annette LeClair Marchant.  Roger served in the United States Air Force.  On May 5, 1962 he married Sheila J. Sullivan at St. Bernard's Parish in Keene, NH and she survives him at home.  Roger worked as a general manager for Rite Stop Foods and after retirement worked for St. Francis Hospital as a supply aide.   Roger was a member of Holy Trinity Church and he enjoyed motorcycling and his family.  He was also a member of the GWRRA.  In addition to his wife Sheila, Roger is survived by his children; son Scott Marchant of Staatsburg, NY, son and daughter-in-law Sean Marchant and April Morehouse of Dover Plains, daughter Kelly Sprague of Poughkeepsie, son and daughter-in-law Roger and Wendy Marchant of Wappingers Falls, son and daughter-in-law Jeremy and Mary Beth Marchant of Clinton Corners, daughter and son-in-law Bridget and Wade Hurd of Hyde Park and son and daughter-in-law Brandon and Kelly Marchant of Clinton Corners.  Also surviving are his grandchildren; Christopher, Stephanie, Arlene, Darren, Heather, Martin, David, Brooke, Emily, McKayla, Rebecca, Justin, Nicholas, Madeline, Sarah and Timmy, as well as his great-grandchildren Asher and Addison and several nieces and nephews.  Roger was predeceased by his two brothers Robert and Gerald.  Calling hours will be held on Friday, August 16, 2019 from 4:00 - 8:00pm at the Timothy P. Doyle Funeral Home, 371 Hooker Avenue, Poughkeepsie, NY 12603.  A Mass of Christian Burial will be held Saturday, August 17, 2019 at 10:00am at Holy Trinity Church and burial will be private St. Peter's Cemetery.  If desired donations may be made to a charity of your choice.  To send online condolences, please visit our website at www.doylefuneralhome.com