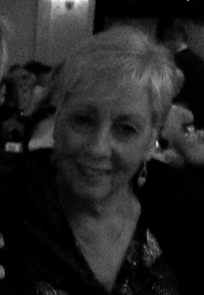 On May 29, 2019, Barbara Joan (McCormack) Lewis passed away at home, surrounded by her family after a lengthy battle with Dementia and Cancer.  Barbara was born on November 24, 1943 and grew up in St. Peter’s Cemetery in Poughkeepsie, as her father was the cemetery Superintendant as was his father before him.  She was 75 years old.  Barbara was the daughter of the late Joseph A. McCormack, Sr. and Hilda Stevenson McCormack.

As a child, Barb attended St. Peter’s School in Poughkeepsie and was among the first graduating class of Our Lady of Lourdes High School in 1962.  On April 17, 1966, Barb married the love of her life, Richard (Rick) W. Lewis at St. Peter’s Church in Poughkeepsie who, after a 53 year marriage, survives her at home.

Barb spent the next five years traveling New England with Rick’s job, finally settling back in Poughkeepsie in 1971.  With her children entering grade school, Barb spent a good deal of time volunteering with the teachers on class projects, field trips and anything else that needed to be done.  One day, Mr. May, the Principal, asked if she would like to be paid for what she was already doing and thus started her 23 year career as one of the first Teachers’ aides at the Arthur S. May Grade School on Raymond Avenue.  She retired In June of 2011.

She enjoyed her Stamping Up classes, crosswords, vacations at the beach, and the Wednesday night dinners with “the girls”.  Most of all she enjoyed being with her family and the trips to Georgia.  She was a wonderful person who will be missed by all.

In addition to her husband, Rick, other survivors include her three children: Kimberly A. Coppola and her husband John of Canton, GA, Keith R. Lewis and his wife Theresa of Walden, NY and Derek L. Lewis and his fiancé Kelci Ptak of Nanuet, NY, Grandchildren, Anthony Coppola and his wife Cecilia, Jaclyn Coppola-Fleischer and her husband John, Sean Coppola, Riley Lewis, Ryan Lewis and great granddaughter Lillian Coppola.  Also surviving are brother and sister-in-law, Lawrence (Larry) H. Lewis, Jr of Farmville, NC, plus many nieces, nephews and friends.  In addition to her parents, she was predeceased by her sister Jacqueline A. Clifford (February, 2016) and her husband, James V. Clifford (July 2014), her brother, Joseph A. McCormack, Jr. (December, 2013) and aunts, Thelma and Isabelle Stevenson.

As per her wishes, cremation will take place.  We are so grateful to Hudson Valley Hospice who helped make Barb as comfortable as possible during her final days.

Calling hours will be held Monday June 3, 2019 from 4pm to 7pm at the Timothy P. Doyle Funeral Home 371 Hooker Ave. Poughkeepsie, New York 12603. Funeral services will follow the calling hours at 7pm. Burial will be at the convenience of the family. If you would like to leave an online condolence please visit www.doylefuneralhome.com

To send flowers to the family or plant a tree in memory of Barbara Lewis, please visit Tribute Store
Monday
3
June

Share Your Memory of
Barbara
Upload Your Memory View All Memories
Be the first to upload a memory!
Share A Memory
Send Flowers