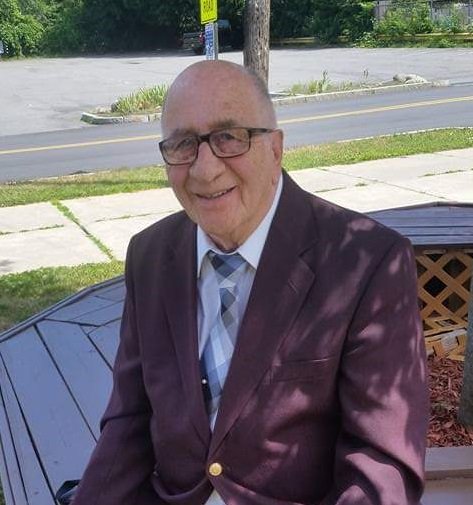 Al was born November 15, 1935 in Brooklyn, New York. He is the son of the late Frank and the late Alice(Martino) Giovanniello.  He married Diane M. DeStefano Giovanniello on August 18, 1990 at St Christopher's Church in Red Hook, New York.

Al was a resident of Florida for the last 20 years, previously from Brooklyn and Poughkeepsie.

He served in the Army during the the Korean War. Al was employed by IBM as an Accociate Engineer retiring in 1993.

Al was a member of the Italian American Club and a member of Queen of Peace Church Ocala Florida. Al was an Artist, loved to collect coins and sports memorabila, loved to work in his garden and was a man of his faith.

Al was Predeceased by his sister Ann Sigismondi

A Mass of Christian Burial will be held Thursday, August 22, 2019 at 10:00 AM at Holy Trinity Church, 775 Main Street Poughkeepsie. Interment will be in St. Peter Cemetery Poughkeepsie New York.