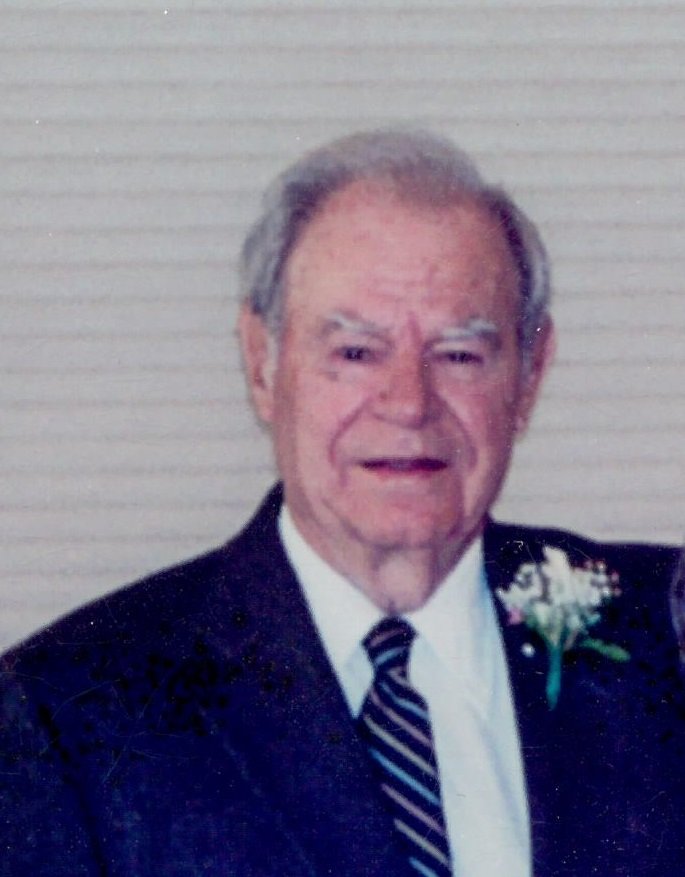 He was a resident of Poughkeepsie almost all his life except for a few years living in Schenectady, NY. He was the oldest son of Arthur P. Plog and Mary Ellen Lattin. He was predeceased by two brothers, Charles F. and Edward G. Plog. On June 12, 1943 he married JoAnn Neuwirth, also of Poughkeepsie, at Holy Trinity Church, she predeceased him in 2013.

They were blessed with on son Arthur D. Plog Jr. and his wife Phyllis and daughter Kathleen Knippler, who also predeceased him, and her husband Robert. He is survived by his brother James F. Plog of Schaghticoke, NY. and his sister Ellen Sutliff of Washington State. There are three grandchildren, David Klopfer of Jacksonville Florida, Michael Plog and his wife Mary of Woodbridge Ontario, Canada and Bryan Plog of Lagrange.

Art was in the Class of 1941 at Arlington High School but graduated from Nott Terrace High School in Schenectady, NY. While attending Arlington High School he was very active on the track and football teams. He was a member of the Poughkeepsie Speed Skating club and won the Dutchess County Junior Championship 440 yard race in February 1935. He attended Columbia University in NY City. During World War ll he enlisted in the US Coast Guard on November 5, 1942 and was discharged in November 1945 with the rank of Pharmacist Mate Second Class.

Art moved back to Poughkeepsie in 1952 taking a job at IBM in Poughkeepsie where he worked for 32 years, retiring in 1984 as a Senior Associate Engineer. He was an Election Inspector at the Red Oaks Mill Fire Company Town of Poughkeepsie for several years.

Art was an ardent golfer, fisherman and hunter. He was a life member of the Hudson Valley Sportsman's Association, serving as Secretary for several years. He was a member of the Dutchess County Federation of Fish and Game, the NRA, New York State Rifle and Pistol Association, New York State Muzzleloaders, Shooters Committee of the Political Education (SCOPE), past chairman of the Boy Scout Troop 25 committee and in recent years Art participated in wood carving and writing his memories and other stories that have been enjoyed by many.

A Mass of Christian Burial will be Celebrated 10am Thursday February 20, 2020 at Holy Trinity Church 775 Main Poughkeepsie, New York 12603. Burial with Military Honors will follow at St. Peter's Cemetery.

If you would like to leave an online condolence please visit our website at www.doyle funeral home.co