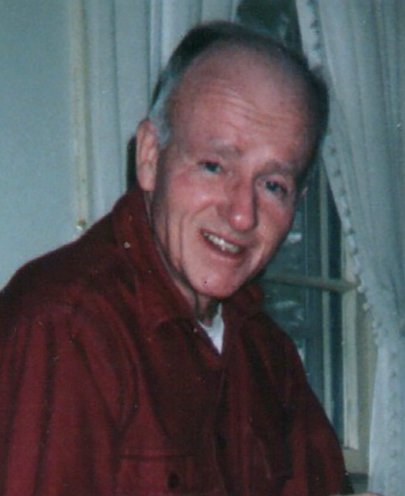 John was born on March 1, 1930 in Mount Vernon, NY.  He was the son of John Barker and Ruth Thomas Barker, and lived there throughout his childhood.  As a young boy, and throughout his life, John had an independent and adventurous spirit, and enjoyed spending time with his cousin Ted exploring Manhattan and going to Yankee Stadium.  His love of movies, playing sports, and the outdoors started in his youth.  Perhaps John’s fondest memories of growing up were the many summers spent on a farm in western New York, with his Uncle Bill.

John joined the Air Force during the Korean War, where he served as a weatherman, bombardier, and an instructor; rising to the rank of staff Sergeant.

After his service time, John used the GI Bill to go to Columbia University, majoring in liberal arts, and learning several languages.  During his time at Columbia, he met the love of his life, the former Jean Citarella.  Jean first noticed John as a frequent sharp questioner at lectures sponsored by Our Lady of Peace Catholic Church.  Soon they were within each other’s social circles, especially enjoying large beach parties.  They quickly fell in love, marrying in 1956.  John especially endeared himself to Jean’s Italian parents, with his ability to converse with them in Italian.

John and Jean had 3 children together within their first 8 years of marriage, Julie, John, Elizabeth.

John’s first job after college was with the National Security Agency in Washington, DC, as a translator of foreign language correspondences.  After leaving that job, John found his calling and career with IBM – working in White Plains, NY for many years in human resources and as an instructor and designer of professional development courses.  He took special pride in the management training courses that he developed.  John then moved to Fairfax, VA in the 1970s to learn programming, and then a few years later to Poughkeepsie where he continued his programming career.

John retired from IBM in 1990.  In retirement, he continued his hobbies well into his 80s.  He worked out regularly at the local health and fitness club, and made many friends there.  When in their 70s, John and Jean took the trip of their lifetime to Italy, fulfilling a longtime dream.

His beloved Jean passed away in 2017.  John is predeceased by his 2 sisters, Frances and Ruth, and brother Frank.  He is survived by daughter Julie Ford and her husband Wayne; son John Barker and his wife Karen; daughter Elizabeth Barker; and a granddaughter, Marisa Ford.

A private visitation will be held at the Timothy P. Doyle Funeral Home, with burial immediately afterwards at the Fishkill Rural Cemetery, 801 Route 9, Fishkill, NY.  A virtual guestbook will be available on the funeral home website (https://doylefuneralhome.com).  Donations in John's memory may be made to the Food Bank of the Hudson Valley, 195 Hudson Street, Cornwall-on-Hudson, NY 12520 (www.foodbankofhudsonvalley.org)