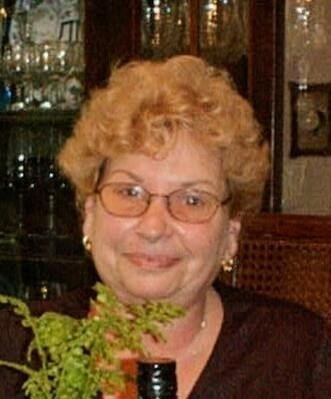 Barbara P Winslow, 77, resident of Boca Raton, FL, passed away unexpectedly on May 30, 2020 at VBMC while staying at her daughter's home in Wallkill NY. Born on March 12, 1943 to the late George and Lillian (Spiwack) Lindner, she grew up in Whitestone Queens, NY where she graduated from Flushing High School. Barbara was formerly a 33 year resident of Poughkeepsie, NY where she was employed as a paraprofessional for the Poughkeepsie City School District from 1986 until 2005. She loved working with the pre-kindergarten students and her coworkers there, and formed many great friendships. Prior to that, she worked for many years at Karsen Automotive Parts, the family business with her former husband, George Karpel. Barbara was an active member of the local Jewish community and was a member of Hadassah and many other organizations. She was a Hospice Volunteer at VBMC for many years, and continued her volunteer work at the Volen Center in Boca Raton, FL. She enjoyed flea markets and antiqua, and spent many happy years buying and selling treasures with her beloved husband Richard Winslow, who she married in 1993, prior to his passing. The thing that brought the most joy to Barbara's life was her family. She was a treasured daughter, sister, wife, mother, grandmother and cousin. She traveled often throughout the country to attend every family milestone and holiday gathering she could make it to, as she loved nothing more than spending time with her family, and sharing in their happiness. Barbara was thoughtful, loving, accepting and encouraging, sincere, funny, strong and stubborn. She was known for being cheerful and positive, no matter what difficulty was facing her or anybody else, and was always willing to help anyone out in any way she good. She is survived by her daughter Andrea Karpel and her husband Thomas Shafer Jr. (Wallkill, NY), her son Seth Karpel and his wife Cheryl (Heins)Karpel, her grandchildren Meagan Karpel and Josh Karpel, and many beloved cousins and dear friends. She was predeceased by her parents, her brother Arthur Lindner, and her husband Richard Winslow. Donations in her memory can be made to any organization that supports cancer research or children. Burial was held privately by the family.