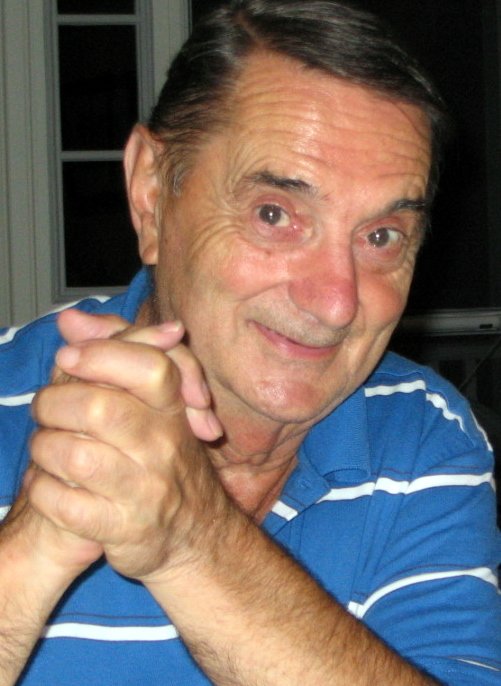 Daniel M. Sauro, known as “Dan” or “Doc”, died peacefully at his home in Poughkeepsie
on Wednesday, June 3 following a brief, non-Covid related illness. He was 89.
Born in New Rochelle, NY on February 16, 1931 to Frank and Lucia (Arrivabene) Sauro,
he graduated from Albert Leonard High School in 1948.
An honored veteran, Dan served as a Corporal in the US Army, Corps of Engineers
from 1948-1951 during which time he was stationed in Berlin, Germany and was proud
to be a part of the Berlin Airlift as the United States began a massive airlift of food,
water, and medicine to the citizens of the besieged city.
He married his beloved wife, the former Patricia Rasmussen in 1953, welcoming three
sons and remaining happily married for the next 67 years.
In 1960, Dan founded Omega Lithographers, Inc., based in Mt. Vernon, NY which he
owned and managed until his retirement in 1993. After retiring from Omega, he began
his retirement career as a senior consultant for the print shop at the College of New
Rochelle where he remained for the next 16 years.
Dan was a proud member of the American Legion and a life member of the Grand
Lodge Benevolent and Protective Order of Elks in New Rochelle, where he was
honored as “Elk of the Year” in 1980.
He was an avid bowler both in New Rochelle and Poughkeepsie, participating in men’s
leagues as well as co-ed leagues along with his wife, Pat.
One of Doc’s greatest pleasures and the source of his dearest friendships was his
affiliation with the City Park Rod & Gun Club of New Rochelle in which he was active for
over 60 years.
He was predeceased by his parents, sisters Josephine De Carlo and Filomena Jarvis
and brothers Patrick and Joseph Sauro.
He is survived by his cherished wife, Patricia; three sons, Daniel, Jr. (William
O’Donnell), Steven, and Robert (Lynn Hendrix Sauro); granddaughter, Taylor;
grandson, Jordan; sister, Maryann Sauro and many nieces and nephews.
A private family service is planned and a larger celebration of life will be held later this
summer with details to be announced.
Memorial gifts may be made to the charity of your choice.