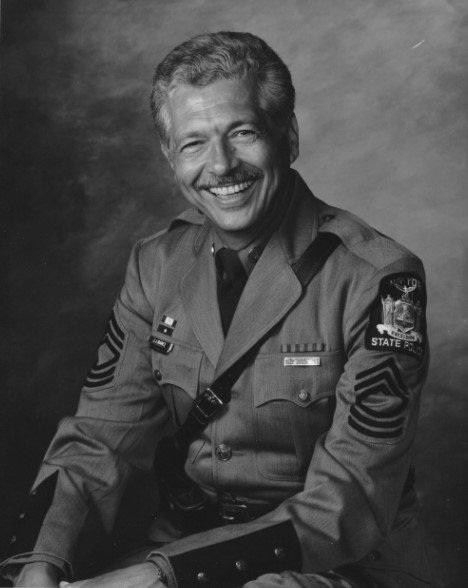 A USAF veteran, he served two tours in Vietnam while assigned to the US Army 1st Cavalry Div in support of forward artillery and aviation operations. He separated from service as a Staff Sgt having been commended for his service at each turn of his career and went on to serve as a Sky Marshall for US Customs.

A Dutchess County resident for 49 years, he is best known locally as Sgt Ibanez of the New York State Police (NYSP) and member of Chelsea Yacht Club.

According to Troop K Cpt Michael Jankowiak, “Jorge directly influenced a generation of Troopers... I will never forget the many lessons he taught me and my co-workers... they molded each of us into the best Troopers we could be and more importantly, his actions made us want to be the best we could be. The NY State Police and the people of the State of New York benefited immensely from the service of Jorge J. Ibanez-Delgado.“

Jorge learned to sail from Pete Seeger, starting a lifetime passion. In 1982, he said he joined Chelsea Yacht Club because “after enjoying the club's hospitality for 3 years, I would like to formalize the relationship and contribute to the club's growth and welfare.” He held positions in the national Ensign fleet, had many trophies to show for his racing career, and was a strong proponent of the CYC Junior Sailing program. To quote one member, “We didn’t always win but we always learned.”

Per his wishes, there will be no funeral; in lieu of flowers, donations to St. Jude's are encouraged.