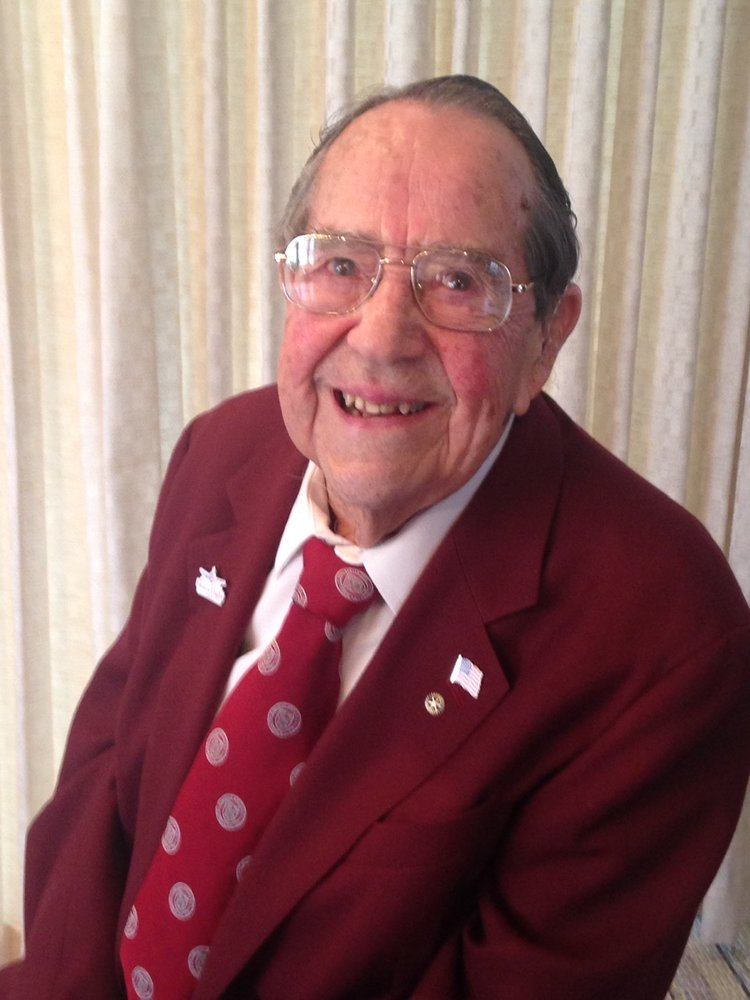 Edwin E. Fitchett, 98, died of natural causes at his home on Sunday September 6, 2020 surrounded by his family. He was born April 20th, 1922 to Edwin B. Fitchett and Edith Ganse in Poughkeepsie, NY. He attended Poughkeepsie High School and graduated from Cornell University Class of 1946. He was a member of the army ROTC at Cornell.  He was called up for active duty in 1943 as a 2nd Lieutenant and served in the 165th Field Artillery Battalion.  He was stationed in the Philippines to prepare for the invasion of Japan.  At the end of the war he was in charge of a Japanese prisoner of war camp.  He was then given the responsibility of repatriating Japanese, Korean and Formosan prisoners back to their homelands aboard the Liberty Ship the John L. Sullivan.  After his release from the Army as 1st Lieutenant, Ed joined Fitchett Bros. Dairy, the company his father and uncle started in 1904, eventually becoming Vice President and co-owner.  He married his Cornell sweetheart, Bernice S. Henry of Eden, NY, on October 11, 1947.

Ed was an avid photographer recording much of his life experiences and travels on 16 mm movie film. Some were digitized such as his war experiences, available to be seen on his web site. He is a lifelong member of the Alpha Gamma Rho fraternity at Cornell, recently being inducted into the AGR Hall of Fame. He was an original founder (1942) and active member of the Al Baker Assembly # 35 of the Society of American Magicians, Vice President and active member of the Vassar Brothers Institute, a travelogue society, and a 60 year member  of the Dutchess County Rotary Club.  He was an officer of the Dutchess County Milk Distributors for many years.  He was also a member of the Hudson Valley Dairy Council of which he was president during his tenure.  He was a lifetime and active member of the First Baptist Church of Poughkeepsie, serving on several positions including Chairman of the building fundraising committee and most recently serving on the board of missions.  He was also a member of the Antique Study Club and past member of the Aquatic Explorers Scuba Club.  He stayed connected by way of his knowledge of computer use. Ed and Bernie loved to travel throughout the United States, Mexico, many of the Caribbean islands (often scuba diving, a passion of his) and countries in Europe.  They were avid snow skiers going to many areas in the northeast. When they were home they enjoyed their lakeside cottage on Candlewood Lake, Ct with family and many friends.

He will be remembered for his cheerful disposition, his devotion to his family, generosity of spirit and interest in all people.

The family would like to  express our profound appreciation for the skillful and thoughtful care provided by Ann Marie Wright.

Family and friends may attend calling hours at the Timothy Doyle Funeral Home, 371 Hooker Avenue on Friday September 11th from 2:00 PM to 6:00 PM. Funeral Services will be held at the funeral home at 5:30 PM. Burial will be a private service the following day. In lieu of flowers memorial contributions may be made to the First Baptist Church of Poughkeepsie, 164 South Cherry Street, Poughkeepsie, NY 12601 or Hudson Valley Hospice, 374 Violet Avenue, Poughkeepsie, NY 12601.  For directions or to send an online condolence, please visit www.doylefuneralhome.com.

To send flowers to the family or plant a tree in memory of Edwin Fitchett, please visit Tribute Store
Friday
11
September