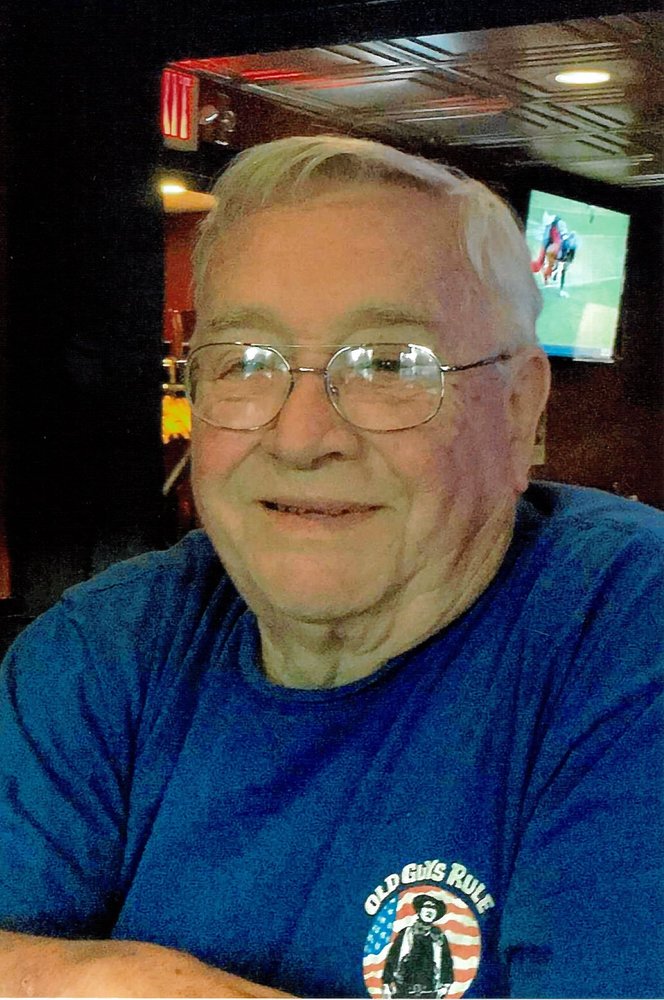 Ronald R. "Duke" Duclos, Sr., 83, a resident of Pleasant Valley passed away on Saturday, November 14, 2020, at Vassar Hospital.  Born in Wiccopee, NY on March 7, 1937, he was the son of the late Nelson and Eunice Duclos.  On June 24, 1972, he married Carolyn Knickerbocker at Freedom Plains United Presbyterian Church in LaGrangeville. Ronald was a graduate of Arlington High School Class of 1956 where he was the Captain of the Football team and also held many records in track and field events. Ronald served in the US Navy from 1956 to 1962 (4 years active and 2 years inactive) as a Fire Control Technician Third Class.  After serving his country, Ronald started in the Painting Business, and in 1968 he joined the Painters Union Local #155.  He remained there until his retirement in March 1999.  Ronald loved to bowl and bowled on the Saturday Night What's Is League for 40 plus years.  He also enjoyed going to the casinos.  The one thing he enjoyed the most was spending time with his family and Grandchildren.  Ronald was a member of the American Legion Post #739 and the Poughkeepsie Elks Club #275.  Ronald is survived by his wife Carol at home; his daughters, Kelly Constable and her husband, Jeffrey, Pleasant Valley, NY and Doreen Hinze and her husband Eldon, of Spring, TX; his son Ronald Duclos, Jr., of Florida; his brothers Nelson Duclos of Poughkeepsie, NY and Elwood (Skip) Duclos of Indiana; his grandchildren; Kevin Calkins, Chrystal Erickson (Scott) of California, Ronnie Kamlowsky (Steve) of Utah, Kimberly Duclos of South Carolina and Samantha and Zachary Constable of Pleasant Valley, NY; his great-grandchildren Ashley, Nicholas and Natalie Erickson, Isaac and Seth Calkins, all of California and Ian Kamlowsky of Utah, plus several nieces and nephews and his best friend Oreo.  In addition to his parents, he was predeceased by his sisters, Florence Northrop (John), Eunice Ward (Mel/Raymond), and Dorothy Hennessy (George); sister-in-law Margaret Duclos and brother-in-laws Paul Dunlavey and Roy Knickerbocker.  The Family would like to express their sincere thanks to the Doctors, Nurses, and Staff at the VA Medical Center at Castle Point.  Special thanks go out to Dr. Metha, Oncologist, at Castle Point VA Hospital.  Also, a thank you to the Vassar Hospital Emergency Department.  Visitation will be held on Thursday, November 19, 2020, from 4:00-8:00 pm at the Timothy P. Doyle Funeral Home, 371 Hooker Avenue, Poughkeepsie, NY 12603.  Funeral Services will be held Friday, November 19, 2020, at 10:00am in the Funeral Home.  Memorial donations may be made in Ronald's memory to Castle Point VA Hospital 41 Castle Point Road Wappingers Falls, New York 12590.  To send online condolences, please visit our website at www.doylefuneralhome.com

To send flowers to the family or plant a tree in memory of Ronald Duclos Sr., please visit Tribute Store
Thursday
19
November