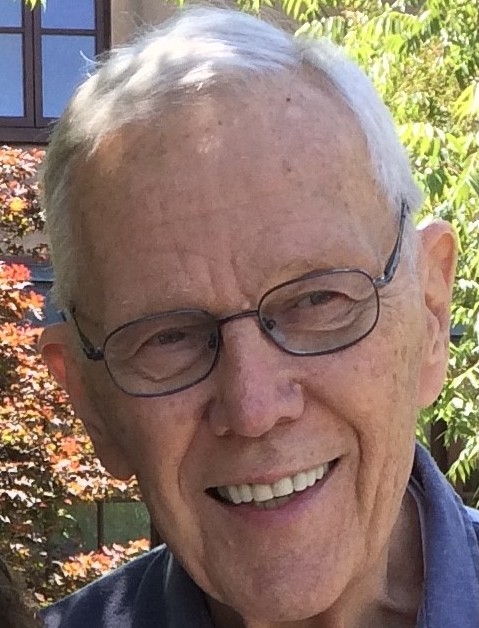 Please share a memory of Herbert to include in a keepsake book for family and friends.
View Tribute Book

Herbert “Herb” Mohr of Highland, NY passed peacefully into his eternal reward of heaven on December 17, 2020. Herb was born in Brooklyn, NY on August 29, 1935, the oldest of two children of the late Albert and Grete Mohr. He is survived by son and wife David and Diana Mohr; granddaughter and husband, Lindsey and Luke Olson and great grandchildren, Henry, Anders and Nora; granddaughter and husband, Emily and Jonathan Doro; sister, Gertrude Mohr; nephew, Shawn Johnson and children, Shawn II and Alyssa; niece and husband, Kim and Christopher Davie and children: Michael, Kaila and Ashlee; sister-in-law and brother-in-law, Linda and Robert Zilinski; nephew and wife Robert and Roni Zilinski and son Robert Thomas; nephew and wife Michael and Ann Marie Zilinski, and sons John Mario and Michael Marcello; and many friends and family by marriage. He was predeceased in 1998 by his precious daughter, Amy Beth and in 2018 by the love of his life, Amelia “Amy” Mohr.

Herb grew up in Brooklyn and graduated from Metropolitan Vocational High School, NYC with an academic diploma and an electronics major focusing on Maritime Radio. Herb was a Korean War veteran and served four years in the United States Air Force as a radio man on C-119 cargo planes. He had basic training at Sampson Air Force Base, Geneva, NY, was stationed at Scott Air Force Base, Bellville, Il, Ashia Air Force Base, Ashia-Machi, Japan, and Holliman Air Force Base, Alamagordo, NM. Herb earned a National Defense Service Medal and Good Conduct Medal and was honorably discharged in 1958 at the rank of Staff Sargent.

Herb accepted the Lord Jesus as his Savior on New Year’s Eve in 1954 at a military chapel service in Japan. When he was discharged from the US Air Force he started attending Glad Tidings Tabernacle in NYC. On October 22, 1960 at Glad Tidings, he married Amelia Tirri. He was a loving and devoted husband and father. Herb enjoyed his family, and many hobbies including photography, woodworking, gardening, fishing, golf, hiking and camping.

Herb had many involvements in the church and the community including: Youth group leader, Sunday School teacher, church board member, church treasurer, Cub Scout leader, Little League coach, Deacon, named honorary board member of Faith Assembly of God in 2004, served on the Board of Regents of Valley Forge Christian College for three years, member of the NY Assemblies of God Review & Development Committee for two years, chairman of Faith Assembly of God’s building committee for five years, served as Royal Rangers commander on the local, sectional and district levels, RV Ministries and Church Construction Corps and Director of HonorBound Men’s Ministries for New York State for twelve years. Together with his wife, he facilitated small group Bible studies throughout the years at Faith Assembly of God, Poughkeepsie.

Herb was a dedicated and consistent Christian whose love for the Lord Jesus Christ was evident in all that he accomplished in his lifetime. He will be greatly missed by everyone who knew and loved him.

Due to the current pandemic situation, a small private service will be held.  We will follow with a celebration of life to be held at a later date.  In lieu of flowers, donations can be made in his name to Light for the Lost at https://giving.ag.org/Give/Details/023001-002070?Comments=ln%20Memory%20of%20Herbert%20Mohr

To send flowers to the family or plant a tree in memory of Herbert Mohr, please visit Tribute Store