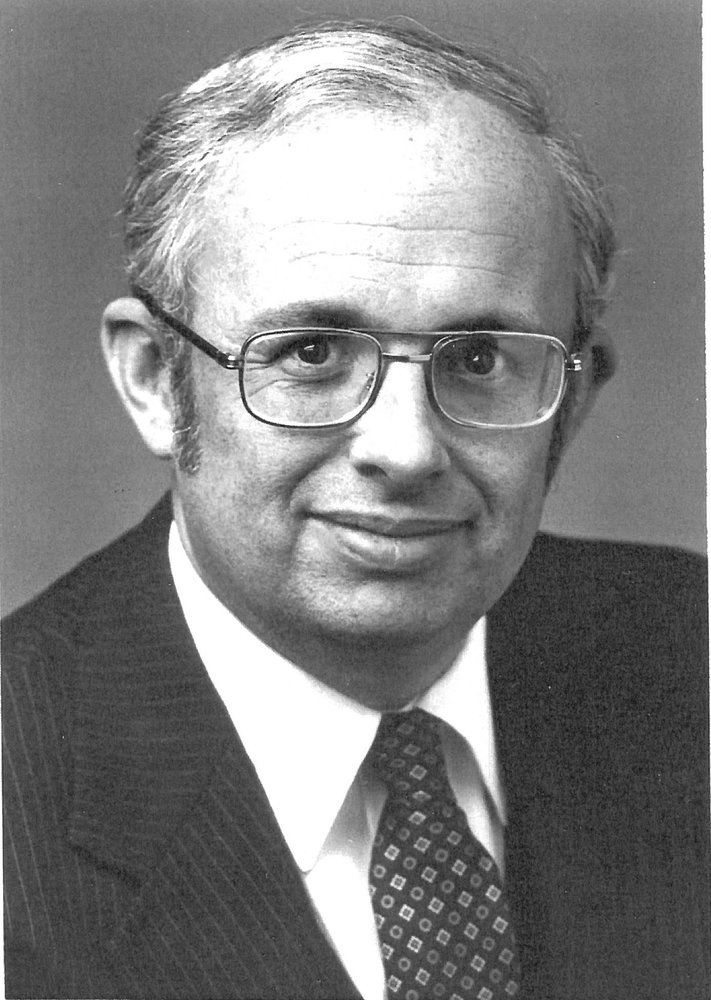 Please share a memory of Michael to include in a keepsake book for family and friends.
View Tribute Book

Mike Duffy was known for his leadership roles in many Hudson Valley institutions. From Marist College,
to Vassar Brothers Hospital, to the building of the Walkway Over the Hudson, to the Family Partnership
Center, Mike has spent his years making where he lived better. Duffy, who was deeply committed to
both the community and his family, passed away December 30 th , 2020 at the age of 80.
Duffy spent his entire professional career with IBM, and it began as a junior engineer in Poughkeepsie.
He rose through several managerial positions to divisional vice president in charge of manufacturing of
the company’s personal computer division.
That career, though, almost didn’t happen. In 1962, just after graduating from Rensselaer Polytechnic
Institute in Troy with a degree in metallurgical engineering, he was set to take a job with metals
company U.S. Nickel. The night before he was to leave for the job, the phone rang. It was another RPI
graduate, now at IBM, with an offer to help launch the company’s circuit board manufacturing program.
He took the offer and stayed with IBM for the next 33 years.
That career took him first to Poughkeepsie, Fishkill and Harrison, N.Y., where he was awarded several
patents; then to Paris, France; to Manassas, Virginia, where he directed labs and led microchip design;
to Site Manager at Essex Junction, Vt., and then back to Poughkeepsie, where he was General Manager,
managing over 14,000 employees. In 1986, IBM promoted him to the divisional vice president job at the
corporate headquarters in White Plains. Colleagues attributed his success to a relentless curiosity, about
science, about processes, about people.
By that time Duffy had developed a strong bond with Poughkeepsie and the Hudson Valley. He stayed
with IBM until his retirement in 1995.
As he neared retirement, when many would scale back their workload, Duffy committed himself to
improving his local community. He served on the boards of Vassar Brothers Hospital and its successor,
HealthQuest. He also was on the boards of Family Services and the Family Partnership Center, and
played a key role in negotiating the purchase of the former Our Lady of Lourdes High School and its
conversion to the center, which opened in 1997. Duffy was not given to pride, but he saw the Center, a
clearinghouse for social services serving tens of thousands of clients a year, as perhaps the most
important of his efforts.
His community work was recognized with several awards, including St. Francis Hospital’s Franciscan
Award in 1994, the Rensselaer Alumni Association’s Distinguished Service Award in 1992, and the United
Way’s Alexis de Touqueville Award and Family Services’ Volunteer of the Year Award, both in 1997.
His longest-tenured association, though, was with Marist College, where he was a trustee for 35 years.
Duffy served on several committees, including academic affairs, technology, finance, but his greatest
contributions came from his 20 years as chairman of the buildings and grounds committee, which
oversees all development and construction on the campus. During his tenure, Marist constructed or
rebuilt virtually its entire campus.
“The Marist campus is becoming recognized as one of the best and most beautiful campuses in America,
and you can look anywhere on our campus and see the impact of Mike Duffy’s handiwork,” said Marist
President Dennis Murray.

“Mike’s dedication to our community and his fellow citizens was extraordinary,” Murray said. “He
impacted dozens of organizations, but none more than Marist College.”
It was his work at Marist that led the Dyson Foundation to recruit Duffy as construction consultant for
the Walkway Over The Hudson project in 2008. “Although Mike kept a low profile, publicly, throughout
the project, behind the scenes he was busy overseeing every aspect of the construction, from iron
repairs, to concrete panel installation, to finally lighting the bridge for public use,” said Theresa Gill,
director of administration for Dyson. “The Dyson Foundation and the Walkway board will be forever
grateful to Mike for his contribution.”
The Foundation turned to him again in 2011 to oversee the development of Upper Landing Park on the
Poughkeepsie waterfront. “Again, Mike did not disappoint in making sure that every aspect of the park’s
development was completed as planned,” Gill said.
While most of those efforts were out of view, perhaps Duffy’s most public role was as a supporter of
Marist’s women’s basketball program. He could often be seen at games courtside with his wife, Donna,
who was a vital partner in all of her husband’s work.
“Donna was always at his side,” President Murray said. “She kept him going, in many ways. They had a
unique partnership that went beyond family, which was always his first priority.”
After Mike’s retirement, he and Donna, always committed to continuous education and new
experiences, also found time to travel the world, visiting 78 countries. They walked the Great Wall of
China, flew to Mount Everest, walked through Berlin shortly after the Wall fell, and in keeping with their
Catholic faith, visited Jerusalem, Bethlehem and the rest of the Holy Land. On every trip, they made a
point to stay or dine with that country’s people, to learn from them.
Together they raised their three adult children, Michael, Lynn, and Denise. Despite his demanding work,
Duffy was always deeply invested in their lives. An avid tennis player in his youth, Duffy taught his son to
play, and Michael Jr. became a nationally ranked youth and college player. He was a regular at Lynn’s
field hockey games, where she was an all-state player. Denise was his frequent boating partner when
they lived in Vermont, where her dad taught himself and then children how to sail. They both shared a
love of women’s sports, art, architecture and travel. The family stayed close even after the children grew
up; every year, Duffy booked a trip and flew the children and their young families to a family reunion.
His final wishes were for Donna to care of their family.
As Marist’s President Murray said: “The way he lived his life, the way he helped others, Mike was really a
role model for others, someone to emulate in how you live your life.”
Duffy was born in Troy, NY in 1940 to Ellen M. Blake and Joseph T. Duffy. He is survived by his wife,
Donna of Poughkeepsie; children Michael Jr. and his wife Tzvetana of San Francisco; Lynn and her
husband Kevin, of Groton, Mass.; and Denise and her wife Melissa, of Orinda, Calif.; and five grandsons,
Michael III, Kevin, Colin, John, and Ryan.
Services will be at 9:45 a.m. Tuesday, January 5, 2021 at St. Martin de Porres Church. A live stream of the
Mass and funeral service is available for those preferring to attend virtually though a searchable
Facebook live event entitled, “Mass and Funeral Service for Mike Duffy”.
Link: https://www.facebook.com/events/449988956005270/

To send flowers to the family or plant a tree in memory of Michael Duffy, please visit Tribute Store
Print
Tuesday
5
January