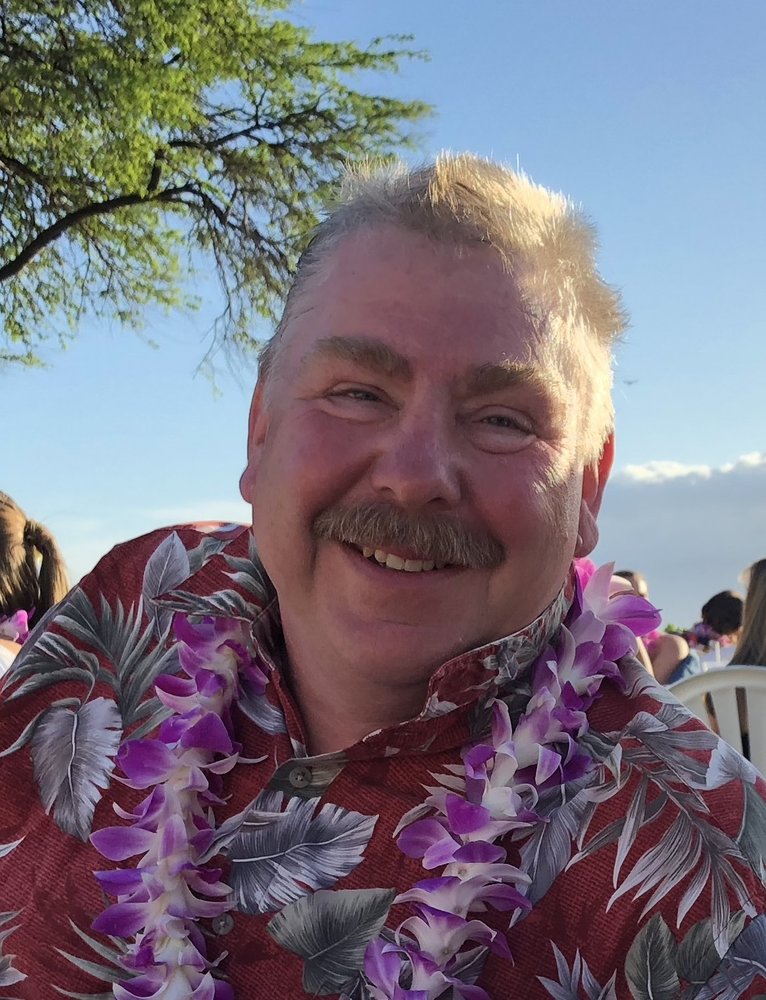 Brian William Franks, 60 of Pleasant Valley, New York was called Home by the Lord suddenly and unexpectedly on Tuesday, January 26, 2021 at Vassar Brothers Medical Center, Poughkeepsie, New York. Brian was born on June 7, 1960 in Sharon, Connecticut. He was the son of William (Bill) G. Franks and Barbara A. (Draper) Franks of Dover Plains, New York. He married Evelyn R. Arnfield on May 25, 1985 at the Community United Methodist Church, Poughkeepsie, New York. They shared 35 ½ years of marriage together always proclaiming to Evelyn, “It was love at first sight.” Brian was educated in local elementary and parochial schools. He graduated from Our Lady of Lourdes High School, Poughkeepsie, New York in June, 1978. He then went onto Paul Smith’s College, Paul Smiths, New York and he received his A.A.S. degree for Forest Technician and Surveying, in June,1980. Brian began his career in land surveying in the office of Harry J. Bly, LS located in Millbrook, NY. By February of 1989, Brian received the professional title of “Land Surveyor” and opened his own in-home business in the early 1990’s. His career spanned more than 30 years providing for all aspects of the land surveying business in meticulous detail for clients throughout Dutchess County, New York. Brian deeply loved his two sons and he was passionate about family gatherings as well as vacationing with both family and friends. Brian possessed a great sense of humor and the telling of a good story that was always shared in laughter, especially when reminiscing about his childhood adventures. He especially enjoyed favorite destination spots with his family that included the Eastern Sea Coast; Lancaster, Pennsylvania (Sight and Sound Theatre); Myrtle Beach, South Carolina and Rudd Pond State Park, Millerton, New York. A “once in a lifetime” trip received as a gift was taken to Maui, Hawaii in 2018. Brian loved animals, especially his Irish Setter dogs. Over the years, 6 Irish Setters were in the Franks’ household. In the early years, Brian was an accomplished dog trainer traveling with his first Irish Setter, Meghan, CD, CDX, to many different locations throughout the Northeast participating in obedience trial competitions. One of his proudest accomplishments was when Meghan received The Award of Canine Distinction (Dog World Magazine) earning three consecutive high scores of 195 or higher as she obtained her CD. At that time, he was also involved in Irish Setter Rescue, he was a member of the Mid-Hudson Kennel Club, and he was a dedicated volunteer at the Dutchess County SPCA, Hyde Park, New York. Brian enjoyed a variety of sports, but football was his favorite sporting event, especially as family gathered together either by watching games on television or attending stadium games. Favorite teams included Penn State Football (college) and the Minnesota Vikings (professional). He also enjoyed playing golf. He had several opportunities to marshal at professional golf tournaments with his brother-in-law, Dave, including an opportunity to attend the Master’s Tournament in Augusta, Georgia in 2015. Brian enjoyed other activities that included hiking (early years), cooking and barbecuing, listening to music (huge fan of John Denver; Christian music), reading novels, and enthusiastically watching John Wayne movies over and over again. One of his most treasured activities was deer hunting every Fall with his dad, Bill, something that he had done since he was a young boy. Brian loved his Lord and Savior, Jesus Christ. He cherished daily devotional and Bible study time with his wife, Evelyn. One of Brian’s special gifts was his ability to lead in prayer, beautifully spoken, offering comfort and solace to family, friends and strangers alike. Throughout his childhood, Brian attended St. James Episcopal Church, Dover Plains, New York, serving as an acolyte for many years. He was a former Sunday School Teacher, Pleasant Valley Food Pantry Co-Director, Ecumenical Minister (early years), Deacon (mid-years) and Stephen Minister (recent years). Brian currently attended Calvary Chapel of the Hudson Valley, Poughkeepsie, New York and formerly, The First Presbyterian Church of Pleasant Valley, New York, and formerly, The Pleasant Valley United Methodist Church, Pleasant Valley, New York. Brian will be remembered for his generosity of spirit and his caring for others, particularly the elderly that exemplified his faith. Brian is survived by his wife, Evelyn (Arnfield) Franks; a son, Andrew (Nicholas) Franks and a son, Ethan (Thomas) Franks; his parents, Wiliam G. and Barbara A. Franks; his sister, Nancy A. Franks; his sister, Mary Beth Franks-Begor and her husband, Scott; his brother-in-law, Alan E. Arnfield, Jr. and his wife, Jenny; his brother-in-law, David P. Arnfield and his partner, Julia M. Checchia; many nieces and nephews as well as grand-nieces and grand-nephews. He will be missed by all including a large extended family as well as many friends. Brian was predeceased by a sister, Mary Jean Franks. Visitation only on Saturday, March 13, 2021 from 10 am to 12 pm by the arrangement of Timothy P. Doyle Funeral Home, Inc., 371 Hooker Avenue, Poughkeepsie, New York 12603. A Celebration of a Life Service will be planned at a later date in the Spring.

To send flowers to the family or plant a tree in memory of Brian Franks, please visit Tribute Store
Saturday
13
March