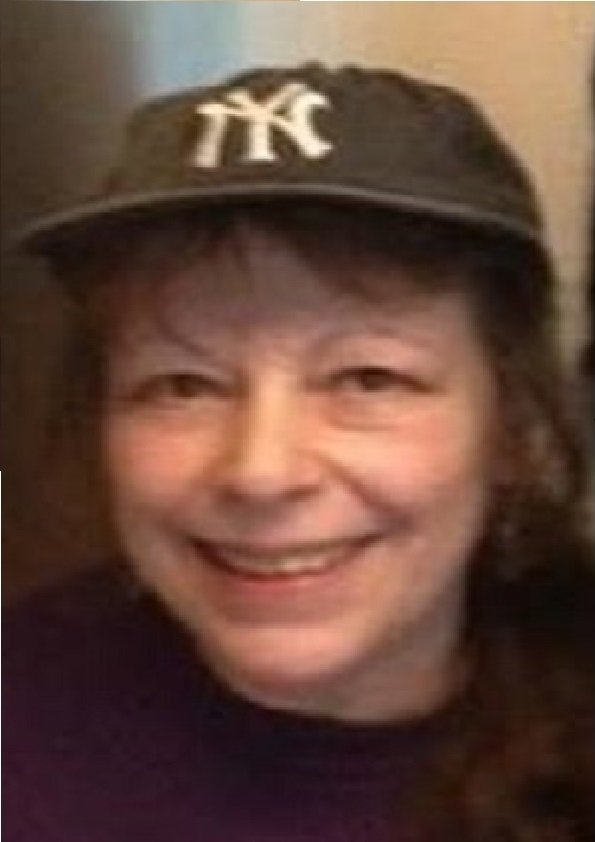 Please share a memory of Nancy to include in a keepsake book for family and friends.
View Tribute Book

Nancy was born kicking and screaming on Sunday, June 28, 1953.  It was soon thereafter that her parents, Alfred and Ruth Hardardt probably realized that they were going to have their hands full.  As a child, Nancy pushed the envelope in nearly everything she did, quite often resulting in ‘porch talks’ with her father as he arrived home from work.  The idea was to intercept Dad before Mom could get to him.  Nancy was the middle of three girls…”caught in the middle”, she used to say.

Nancy talked a lot about her childhood, especially alluding to her being a pest to her sisters and a challenge to her parents, the latter being purely unintentional and the former seeming at the time to have given her great pleasure.  Nancy was an ‘active’ child, often scaring her mother and amusing her father.  That didn’t change much after childhood.  And, she was not a person to be challenged.  In fact, her father told her first husband, “If you want Nancy to do something, tell her not to”.  Here’s a testament to this woman’s tenacity:  Nancy had a compromised immune system due to a liver transplant and the Covid caught her.  She couldn’t take Hydroxy because of a reaction with her immunosuppressants.  She beat Covid with normal doses of vitamin supplements.  Enough said.

Nancy attended Saint Mary’s School in Wappinger Falls, and Our Lady of Lourdes High School in Poughkeepsie.  She went on to the State University of New York at New Paltz, graduating with honors, and then the Hudson River State Hospital School of Nursing at the top of her class.  Nancy was a nursing supervisor at Hudson River Psychiatric Center (name change).  After its closing, she transferred to the Fishkill Correctional Facility where she worked, once again, as a nursing supervisor before her retirement.  Prior to that, she served in the same capacity at hospitals in Pennsylvania during her first and second marriages.  After the second one ended, she came back home to New York.

Nancy loved to dance and she loved to cook, often doing both at the same time.  It was not uncommon to drive up to the house, hearing music loud enough to be looking for the band and seeing Nancy with a pot or pan in her hand, dancing in front of the stove.  She cooked for banquets at the Masonic Lodge in Poughkeepsie during a long-term relationship with an officer in the lodge.

Nancy had a warm smile and a mischievous sense of humor.  Everybody she met loved her…even her third husband’s mother.  As for husband number three, that marriage lasted almost ten years:  ’’til death do us part”…April 15, 2021.

Nancy is survived by her husband, Willard L. Barton (who prefers to be called ‘Bill’) and their dog, Charlie (who prefers to be called ‘Charlie’).   She is also survived by her sisters, Patricia Ketcham who lives in Massachusetts and Sharon Halpin who lives in Connecticut, as well as cousins, nieces, and nephews who live all over the place.  Nancy is also survived by the New York Yankees (her favorite team in the whole world).

You can visit Nancy on Friday, April 23rd between 4:00 and 8:00 PM at the Timothy P. Doyle Funeral Home, 371 Hooker Avenue, Poughkeepsie.  A brief service will be held at the funeral home on Saturday, April 24th at 10:00 AM, after which interment will be at the Fishkill Rural Cemetery, Route 9, Fishkill.  After that, we’ll go to Cosimo’s Trattoria, 120 Delafield Street, Poughkeepsie for lunch.  Their cuisine is without equal, so do bring your appetite.  AND…          PLEASE DON’T SEND FLOWERS.  Help a kid by making a life changing donation to OPERATION SMILE on their website.  Even a little donation will be a big contribution.  It was Nancy’s favorite.  Practice safety protocols:  face mask and social distancing.

To send flowers to the family or plant a tree in memory of Nancy King-Barton, please visit Tribute Store
Friday
23
April