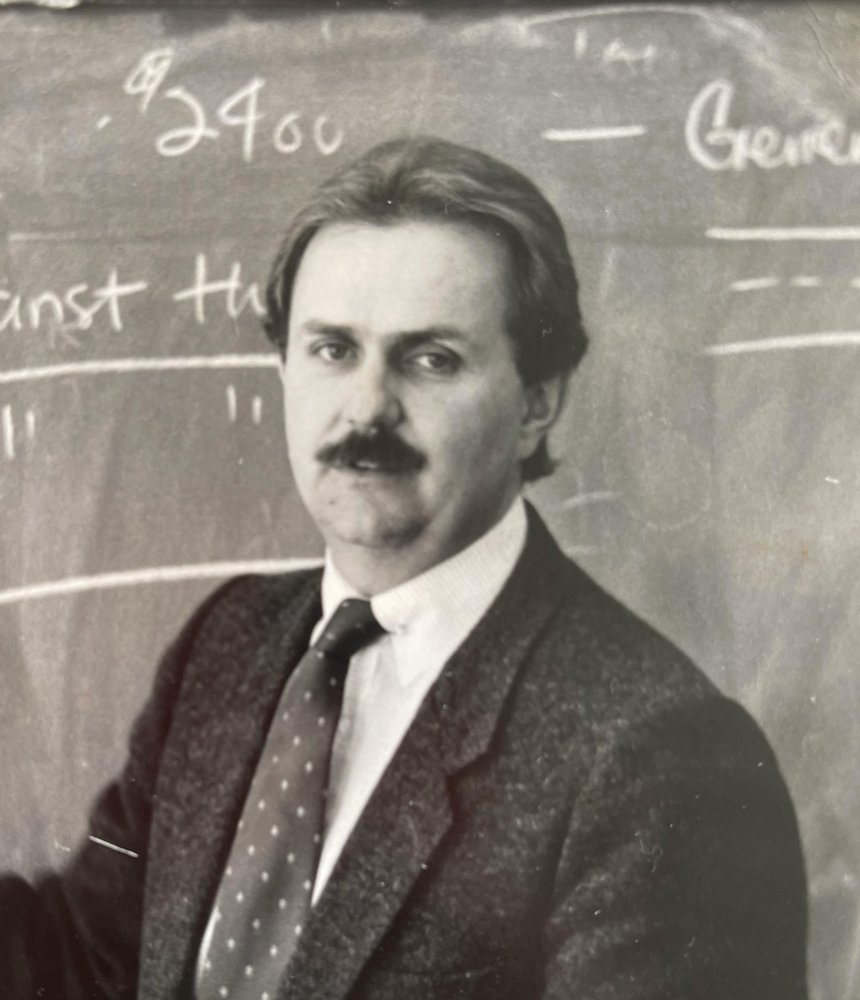 Francis Michael Xavier Corliss was born July 25, 1945, the same day as his future wife and right hand, Linda Jane Santopadre, in Poughkeepsie, NY. Growing up the son of educators, Robert Emmett Corliss and Patricia Mary Kearney, on Gray Street, he was found biking the streets of Poughkeepsie with his older brother Bob, with baseball cards in his spokes, wearing chaps and maybe nothing else depending on his mood and if his mom Patricia was home to stop him from going out like that. No stranger to a good time, he would be seen heading down to Stitzel Field for a day of baseball, Joe’s Pizza, and a Coke, or catching a Brooklyn Dodgers game and harassing the bat boys into getting him autographs, again, with his brother, Bobby. As an alter boy at St. Mary’s, where he went to elementary school, he learned Latin from both the mass and his mom, a Latin teacher. He also tried his hand at piano, but that was a talent he learned to leave with his sister, Mary Corliss Bergin, but she didn’t really like it either. Religion would be at the core of his entire life, through St. Mary’s, then Our Lady of Lourdes, Class of 1963, and then Marist College, graduating in ‘67—the same year he married Linda Jane. Throughout the years he grew to be a beloved educator like his Dad and even got to share in his sister Moira’s high school years while he taught at Poughkeepsie High School. That time with her he would have not have traded for the world. He continued to advance his degree at SUNY New Paltz and was promoted to Principal at Clinton and Krieger schools, but would return to PHS as a teacher because that’s where his heart always was. As baseball coach of the Poughkeepsie Pioneers, he was known as the Gip, just like his Dad. Those years were filled with building a home, welcoming well-loved nieces and nephews and wonderful friends. In October of 1983 Linda and he would celebrate having their one and only child, Kristen Ann Corliss. Frankie was the ultimate #girldad. Days were spent coaching softball, CYO basketball, teaching her his ultimate pastime of golf and eating from every bakery and bagel place in the Poughkeepsie area. He even convinced her to join him in working at Arlington Summer School a few of the many summers he served as principal. He actually managed to make that experience a good time, so that should tell you all you need to know about Frank. After 37 years with Poughkeepsie City Schools, he retired, only to go back and become a Vice Principal for Arlington Schools. He just couldn’t stay away from educating kids, but mostly trying out his best jokes on them. When he finally decided that he needed a break, he could be seen walking the Rail Trail with his friends, getting an egg sandwich with his beloved brother John and arguing with his best friend Tom Martin about sports at Rossi’s over lunch. Linda and Frank celebrated 50 years together in 2017—their anniversary is June 18, 1967. They kept each other laughing the entire time. She was always his #1 fan. Frank adored his family, co-workers and friends, and lives on through eight nieces, three nephews, brothers John and Robert Corliss, sister Mary Corliss Bergin, Kathy and Dennis Fouhy, his daughter Kristen Corliss and partner Andrew Edghill, and his wife Linda Santopadre Corliss. Services will be at St. Martin de Porres Catholic Church in Poughkeepsie at 11 AM on June 17, 2021 with a burial to follow at Poughkeepsie Rural Cemetery. In lieu of flowers, the family asks you to consider a donation to the Frank Corliss Memorial Scholarship Fund, available at (www.gofundme.com/FrankCorlissMemorialScholarship) benefitting a future Poughkeepsie High School grad. He will be sorely, sorely missed.

To send flowers to the family or plant a tree in memory of Francis Corliss, please visit Tribute Store
Thursday
17
June