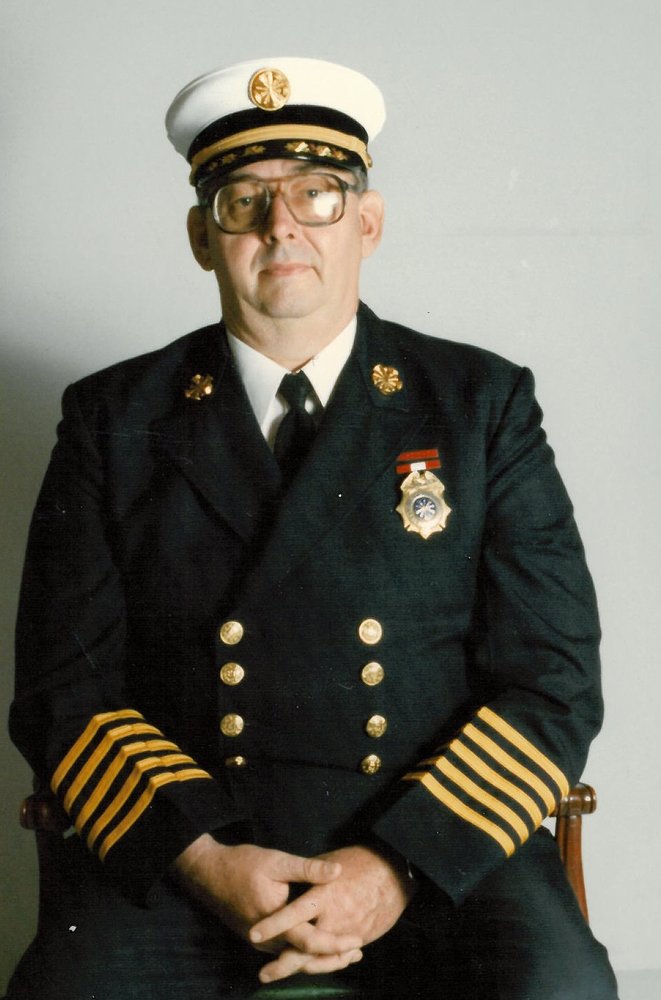 Please share a memory of Chief James to include in a keepsake book for family and friends.
View Tribute Book

James C. Davison, 88 of Poughkeepsie, New York passed away at home on Friday, surrounded by his family.

Jim was born in Poughkeepsie in July 1932. The son of the late Cecil James and Vonda Davison. Jim was a graduate of Poughkeepsie High School, SUNY Delhi, Empire State College and Dutchess Community College where he received his degree in Fire Science. He was a United States Army Veteran serving in the 14th Armored Calvary.

In June 1957, in Euclid, Ohio at St. Christine’s Church, Jim married Mary Lou Debeljak, she survives at home. Jim was a local resident all his life. He was a Deputy Sheriff for DutchessCounty from 1958 to 1960. In 1960, Jim started his career with the City of Poughkeepsie Fire Department. In 1974 he became Lieutenant, Captain in 1979 and was promoted to Fire Chief of the Department in 1980 until his retirement in 1990. He was instrumental in introducing computers to the fire department dispatch center. He was also the owner of Davison Press. Jim was a member of St. Mary’s Church in Poughkeepsie and a proud member of the Local 596 Poughkeepsie Uniformed Firefighters Union. He loved to fish, hunt and work with radio-controlled airplanes.

To send flowers to the family or plant a tree in memory of Chief James Davison, please visit Tribute Store
Print
Wednesday
7
July