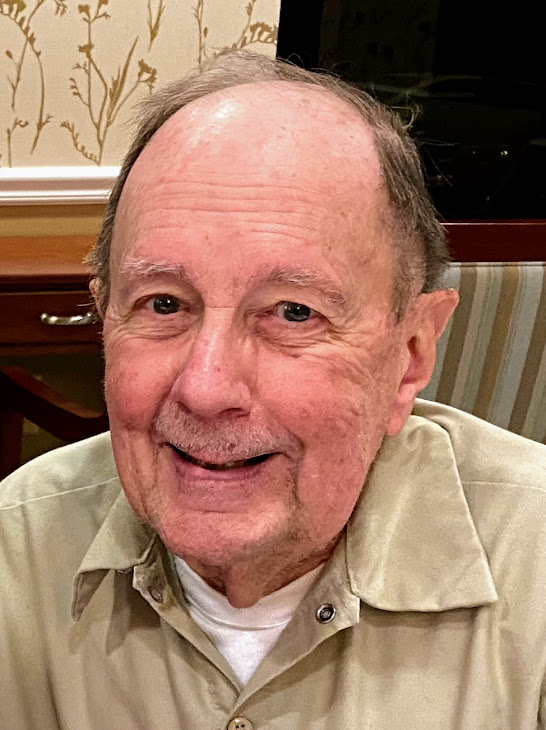 Robert Cooper passed away on Tuesday, August 10, 2021 at The Pines of Poughkeepsie. He was 87 years old. Bob was the only child of Harold and Blanche Cooper and grew up in Kew Gardens, New York.  He worked at Atlantic Washing Machine Parts for many years before retiring and moving to Poughkeepsie with his family.

He was a graduate of Richmond Hill HS, where he met his best friend Alfred. There was always a story about their adventures and shenanigans over the years.Their friendship has spanned more than 70 years. Bob’s favorite sports teams were the Yankees and the Giants. Sundays were usually filled with lots of yelling at the tv, trying to direct his teams to victory, and family dinners. He had a special interest in his train collection and would spend the month before Christmas getting his trains, tracks and the little villages wired and ready for the holidays   On long road trips, he would play cassettes of his favorite music and Festival of Old Radio stories, much to the dismay of his children.

After retiring and moving up to Poughkeepsie with his wife, Nancy, Bob enjoyed  playing solitaire on the computer, watching old movies, listening to his records, walking the driveway for exercise and spending time with his best friend Al and his wife, Amy. He enjoyed time with his granddaughters and attended many of their school and extracurricular activities.

There will be no calling hours or services at this time. There will be a celebration of Bob’s life at a future date to be announced.

Funeral arrangements are under the direction of the Timothy P. Doyle Funeral Home 371 Hooker Ave Poughkeepsie, New York 12603. If you would like to leave an online condolence please visit our website at www.doylefuneralhome.com

To plant a beautiful memorial tree in memory of Robert Cooper, please visit our Tree Store

A Memorial Tree was planted for Robert
We are deeply sorry for your loss ~ the staff at Timothy P. Doyle Funeral Home
Join in honoring their life - plant a memorial tree
Services for Robert Cooper
There are no events scheduled. You can still show your support by planting a tree in memory of Robert Cooper.
Plant a tree in memory of Robert
Print
Online Memory & Photo Sharing Event
Online Event
About this Event

Look inside to read what others have shared
Family and friends are coming together online to create a special keepsake. Every memory left on the online obituary will be automatically included in this book.
View Tribute Book
Share A Memory
Plant a Tree