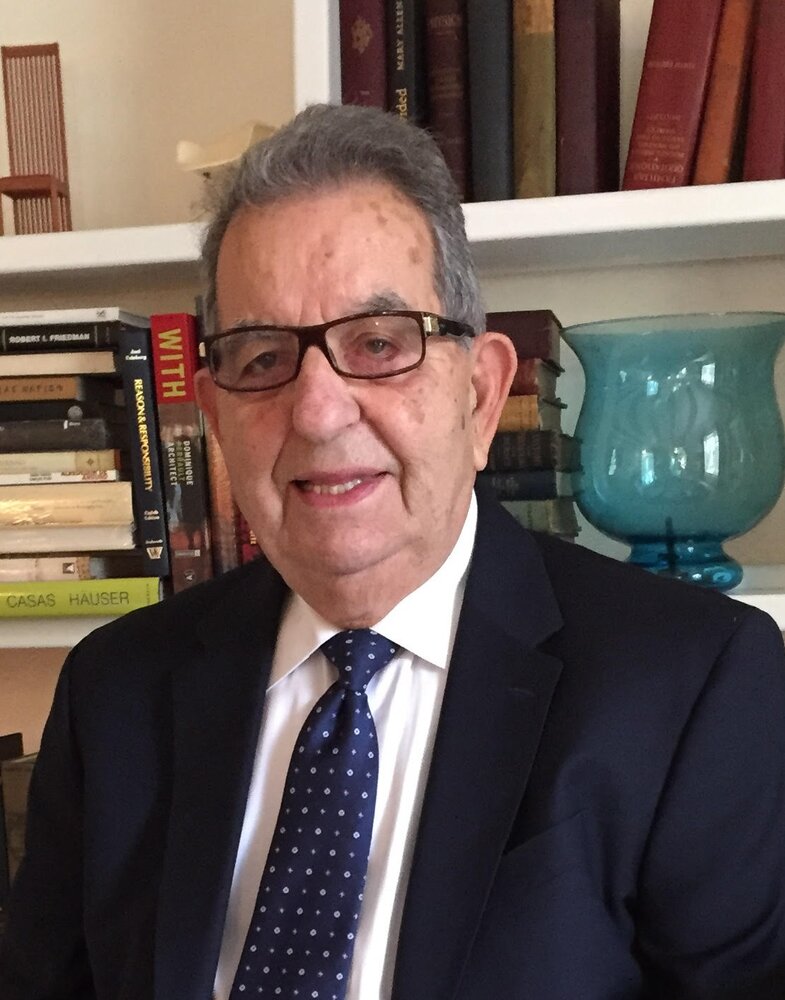 Please share a memory of Constantine to include in a keepsake book for family and friends.
View Tribute Book

Constantine “Gus” Serroukas, 89, passed away peacefully in his home, surrounded by his family on September 15, 2021, in Poughkeepsie, New York.

Gus, as he is known by most, was born on May 20th, 1932 in Skoteini, Greece. He served in the Greek Military as a young adult before emigrating to the United States and settling in Queens, New York with his wife, Georgia, in 1959. He successfully opened up his first business in Jamaica, New York, and later settled in Poughkeepsie, New York in 1967 with his family. He opened up the Double O Coffee Shop on the corner of Main and Market streets in the city of Poughkeepsie. In 1974, Gus and his brother-in-law, Theodore Vanikiotis, opened the Town & Country diner in Hyde Park, New York. In the years following, Gus would go on to build a legacy of many successful restaurants and businesses with his brother-in-law, sons, nephews, and grandson, including Double O Grill, Rolling Rock Cafe, and Eveready Diner in Hyde Park, where he loved to spend most of his time.

Gus was one of the original founders of the Pan Gregorian Enterprises of Upper NY. He was well known among the business community in the Hudson Valley, and beloved by employees and customers alike. In 2015, Gus was presented with the Entrepreneur of the Year award for Business Excellence by Think Dutchess Alliance for Business.  Gus was also very involved in the Kimisis Greek Orthodox Church in Poughkeepsie, and his faith was very important to him.

Above all, Gus was a loving and doting husband, brother, father, uncle, grandfather, and great-grandfather. He came from humble beginnings, and bestowed his generosity to everyone he met. Gus always put family before everything else. He was a role model and inspiration to anyone who knew him. Words cannot express how much he will be missed.

Gus is survived by his wife, Georgia; his brother, Nicholas; siblings-in-law, Mary, Thanasi, Pat, and Teddy; three children, Peter (Andrea), Nick, and Alex (Liza); his grandchildren Georgina (Matthew), Dino (Amanda), Bella, Sophia, Melina, and Nicholas; his great-grandchildren Evelyn, Alexander, and Jack; and many nieces, nephews, cousins, and godchildren, both local and abroad. He is predeceased by his siblings, Athanasia, Eleni, and Vasili.