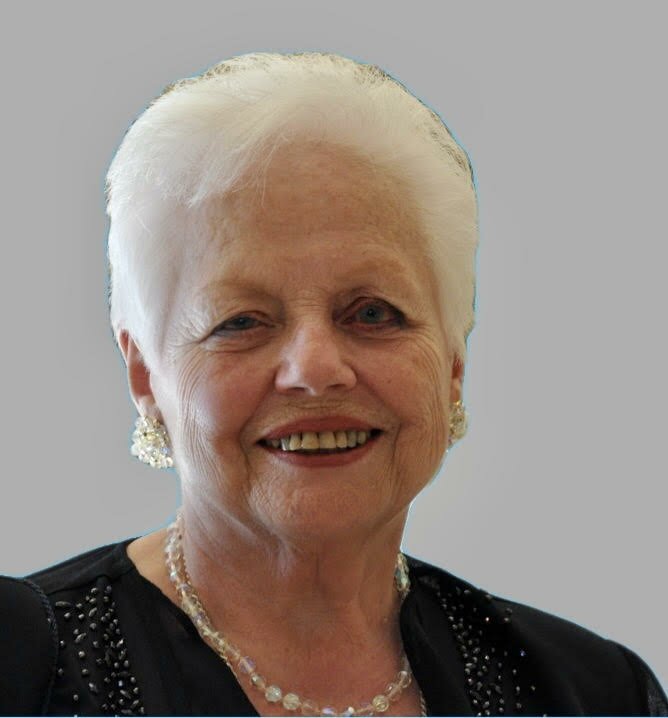 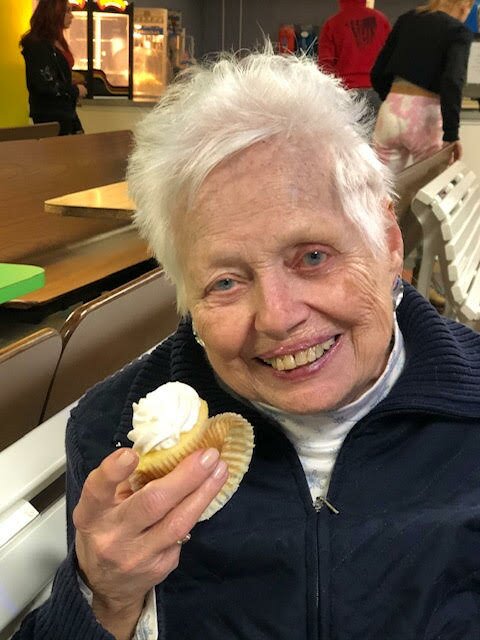 Please share a memory of Elinor to include in a keepsake book for family and friends.
View Tribute Book

Elinor Whalen passed away peacefully on January 13th, 2022, at her home in Poughkeepsie, New York, surrounded by family. She was 91. Born August 20, 1930 in Ridgewood, Queens to Henry and Matilda (Timm) Nehls, Elinor spent her formative years in nearby Hollis before moving with her family to Mount Kisco as a teenager. As a student at Mt. Kisco High School, she proudly earned an award for her typing skills and a check for $25, a story she loved to retell. It was there that she met lifelong friends, as well as the love of her life, William Whalen, Jr., whom she married shortly after graduating in 1949.
As their family grew, Elinor and William also grew Whalen's Package Express, which later became Whalen's Moving and Storage, an Allied Van Lines agent. Elinor deftly handled secretary duties- her childhood ambition- as well as balancing the books for the business from home, where she raised her five children. She was immensely proud of being on-call 24/7, wherever she was needed. When they were all old enough to go to school, Elinor moved into the office at Whalen's to continue the operation of the family business, where she worked until her retirement in 1983. In 1998, she moved to Poughkeepsie, where she was a faithful member of the congregation at Holy Trinity Roman Catholic church, and a fixture at family Sunday dinners until her passing.
Throughout her life, Elinor enjoyed traveling and seeing the world, taking family vacations each summer, and going on various cruises with childhood friends and family alike. She and her husband, William, loved spending summers at their house on Cranberry Lake in New Jersey, and many winters at their condo in Sebastian, Florida.
Elinor's contributions to her community stretched beyond home and business; she- along with her sister, Jacqueline Rubin, co-founded the Mt. Kisco chapter of the Alpha Beta Delta sorority, where she remained active until her passing. She was also a longstanding member of the Ladies Ancient Order of Hibernians, Division 16 in Mt. Kisco. Her greatest joy, however, came from sharing her time and love with her kids, grandkids and her great-grandchildren (16 and counting!).
She is survived by four of her children- William Whalen III (Linda), Kathleen Whalen Nerf, Peggy Whalen Swingle, and Michael Whalen (Margaret), as well as her son-in-law Salvatore Rosati- and is predeceased by her husband, William, her sister and brother-in-law Jacqueline and George Rubin, her son-in-law, Thomas Nerf, and her daughter, Maureen Whalen Rosati.
Her 14 grandchildren, who she loved to spoil, are: Maryellen Link, William Whalen IV, Kara Steffensen, Sara Whalen White, Kristine Jackson, Susan Nerf, Katherine Doyle, Michael Whalen, Jr., Lee Evans, Matthew Whalen, Keith Swingle, Danielle Rosati, Meredith Whalen, and Erik Swingle. (These are NOT listed in order of her favorites; that order is up for debate.)
She will be remembered for her sense of style (she always matched!) and humor (wanting to be "where the action is" until her passing); attending every game, recital, and concert for her great and grandchildren; being *ahem* particular about where things belong; a near-militant meal schedule in her later years (breakfast at 8, lunch at noon, dinner at 5, with a side of white wine); and her love of chocolate and cards, though she would absolutely not want shared the time she was playing Pinochle and passed off double aces round. The head of a large and loving family, she will be missed, her life and legacy celebrated.
Calling Hours will be held on Tuesday January 18, 2022 from 3pm to 7pm at the Timothy P. Doyle Funeral Home 371 Hooker Ave. Poughkeepsie, New York 12603. A Mass of Christian Burial will be held 10am Wednesday January 19, 2022 at Holy Trinity Church 775 Main Street Poughkeepsie, New York 12603. Burial will Follow at St. Francis Cemetery in Mt. Kisco, New York.
The family asks that memorial donations in Elinor's name be made to Hospice of Duchess County 374 Violet Ave. Poughkeepsie, New York 12601.
If you would like to leave an online condolence please visit our website at www.doylefuneralhome.com
When attending the Calling Hours and when in Church you are asked to please wear a mask and follow social distance guide lines.

To plant a beautiful memorial tree in memory of Elinor Whalen, please visit our Tree Store

A Memorial Tree was planted for Elinor
We are deeply sorry for your loss ~ the staff at Timothy P. Doyle Funeral Home
Join in honoring their life - plant a memorial tree
Online Memory & Photo Sharing Event
Online Event
About this Event

Look inside to read what others have shared
Family and friends are coming together online to create a special keepsake. Every memory left on the online obituary will be automatically included in this book.
View Tribute Book
Services for Elinor Whalen
There are no events scheduled. You can still show your support by planting a tree in memory of Elinor Whalen.
Plant a tree in memory of Elinor