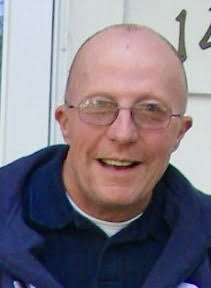 Please share a memory of John to include in a keepsake book for family and friends.
View Tribute Book

John T. Corliss, a Poughkeepsie native, died June 12, 2022 at Ellis Hospital in Schenectady after a long and determined battle with congestive heart failure.

The son of the late Robert E. Corliss and Patricia K. Corliss, he was born on October 21, 1951, a birthday he shared with his maternal grandfather, Frank. G. Kearney and older brother, Bob.

John attended Poughkeepsie schools, graduating from Poughkeepsie High School in 1970. He went on to earn an Associate’s degree from Dutchess Community College in 1980.

In the tradition of his Uncle Jack Corliss, John pursued a banking career at Bankers Trust and  its successors, Barclays and Bank of New York for over 20 years. He retired in 2001 following an auto/pedestrian accident. Thereupon, he became an active volunteer at St. Francis Hospital and the current Mid Hudson Regional Hospital winning awards for his dedicated service.

As a youngster John dealt with numerous health issues but proved resilient and soldiered on. Starting an an early age, he became an aficionado of old movies. He was a loyal fan of “Million Dollar Movies” His particular favorites were “King Kong”, “Gunga Din” and any horror movie featuring Lon Chaney. As time marched on he followed Turner Classic Movies watching all the Humphrey Bogart, Jimmy Cagney, John Wayne and Lana Turner flicks.

The travel bug hit John early as he vacationed in California, the Carolinas, the Caribbean and toured Spain , Italy and Ireland with family members. On his second visit to Ireland in 2002 with brother Bob, John met up with the Corlesses of Kinvara. After several days everyone concluded that they were indeed related. He remained in regular contact with the Kinvara clan until his death.

Because of the unexpected death of John’s mother in 1967, John became a constant companion, travel partner and eventual caregiver to his dad who died in 1992..

As time went on, John enjoyed the growing  Corliss family where he became a signature uncle to a bevy of nine nieces (no nephews), a virtual baseball team of young Corliss women.

Despite travel necessities, John maintained an active relationship with his four siblings, their spouses, extended families and good friends. He thoroughly enjoyed the  Corliss/Santopadres of Poughkeepsie, the Corliss/Metzgers of Schenectady, the Corliss/Bergins of Rochester and the Corliss/Hanleys of Spring Lake, NJ. There were Christmas parties in Poughkeepsie, Thanksgiving in Schenectady, Rochester Royal games in Rochester and baptisms, confirmations and birthdays in New Jersey. There were St. Patrick’s Day parties at Tom Martin’s, the Greek Festival parties, UConn football games, parties at Andy and Steve’s and Kearney family reunions.

And, on a day to day basis, nothing matched John’s chumminess with big brother and best friend , Frank, whose sudden death one year ago constituted a major loss in John’s life. The untimely death of younger sister, Moira, in 2011 also was a challenge to John’s spirit.

This sweet man was kind, cheerful and truly the heart of the family. He chose the funniest birthday cards and was the keeper of all family information. He knew better than others the history of the Corlisses, the Cassins, the Wards and the Kearneys.

He may have been small in stature but his impact on lives was enormous. A friend in Connecticut wrote that the world is not as good a place as it was when John was part of it.

A mass of Christian burial will be held at St. Martin de Porres Church on Friday, July 29 at 9:45 am with cousin Daniel Kearney officiating. Burial will take place at the Corliss family plot in St. Peter’s Cemetery.

Friends are welcome to make a donation in John’s name to the Mid Hudson Regional Hospital. For information, go to give.wmchealth.org.

To plant a beautiful memorial tree in memory of John Corliss, please visit our Tree Store

A Memorial Tree was planted for John
We are deeply sorry for your loss ~ the staff at Timothy P. Doyle Funeral Home
Join in honoring their life - plant a memorial tree
Online Memory & Photo Sharing Event
Online Event
About this Event

Look inside to read what others have shared
Family and friends are coming together online to create a special keepsake. Every memory left on the online obituary will be automatically included in this book.
View Tribute Book
Services for John Corliss
There are no events scheduled. You can still show your support by planting a tree in memory of John Corliss.
Plant a tree in memory of John