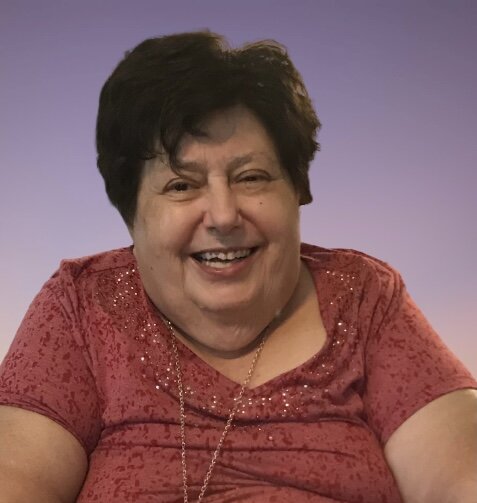 Please share a memory of Mary to include in a keepsake book for family and friends.
View Tribute Book

Mary Catherine Clark, 83, loving wife and mother of six children, peacefully left this Earth on Thursday, September 22, 2022, surrounded by those who knew and loved her best. Mary Kay, also affectionately called Mama Clark, was born on May 12, 1939 in Peckville, PA, to James and Mary Scoblick. She earned a Bachelor of Arts Degree in Biology from Marywood College (Scranton, PA) in 1961. On August 26, 1961, she married John Francis Clark of Scranton, and together they raised six children. Mama Clark was a compassionate and caring person whose welcoming arms and words of encouragement reached all who knew her. She lived her life out loud and blessed us all with her contagious enthusiasm for life. She practiced her Catholic faith by attending mass often and leading the Rosary afterwards. But more than that, she practiced her faith though acts of love and service to others and could always be counted on for a boisterous game of cards, big laughter, words of wisdom at just the right time, and an up-for-anything sense of adventure. Mama Clark’s capacity for love and acceptance was a gift that will live on through all those whose lives she touched. Mary was preceded in death by her parents, James and Mary Scoblick; three of her of her four brothers, John, Gerald and James Scoblick; and her sister-in-law Catherine Scoblick (wife of John Scoblick).  Surviving are her husband of 61 years, John, six children: Patrick Clark and wife, Jeannie, Poughkeepsie; Francis (Frank) Clark and wife, Patricia, Tarrytown, Margaret (Margo) Morrissey and husband Mike, Ridgefield Park, NJ; John Clark and wife Melissa, Poughkeepsie; Thomas (T.J.) and longtime partner Paula Thibault, Pawtucket, RI; Marianne Rogowski and husband Rick, Huntersville, NC and ten grandchildren: Charles and Christopher Clark; Kieran and Ryan Morrissey; Frankie Clark; Jack, Noah, and Emma Clark; and Roman and Alea Rogowski. Others surviving are brother Anthony Scoblick and his wife Debbie of Baltimore, MD.; sisters in-law, Mary Louise Scoblick and Theresa Scoblick; and 16 nieces and nephews, as well as many cousins and beloved friends. Calling hours will be held on Friday from 4-8 PM at the Timothy P. Doyle Funeral Home, 371 Hooker Ave., Poughkeepsie. A funeral mass will be celebrated at 10:00 AM by Father Larry Evans II at the Church of the Holy Trinity, 775 Main St., Poughkeepsie. Internment, Calvary Cemetery, Poughkeepsie. In lieu of flowers, memorial contributions may be made to Catholic Charities, Office of Development, 11th Floor, 1011 First Avenue, New York, NY 10022 or  NYC & Westchester Basket BrigadeNYC Basket Brigade

If you would like to watch the Funeral Services you can go to www.holytrinitypoughkeepsie.com and click on live stream.

To send flowers to the family or plant a tree in memory of Mary Clark, please visit Tribute Store
Friday
30
September