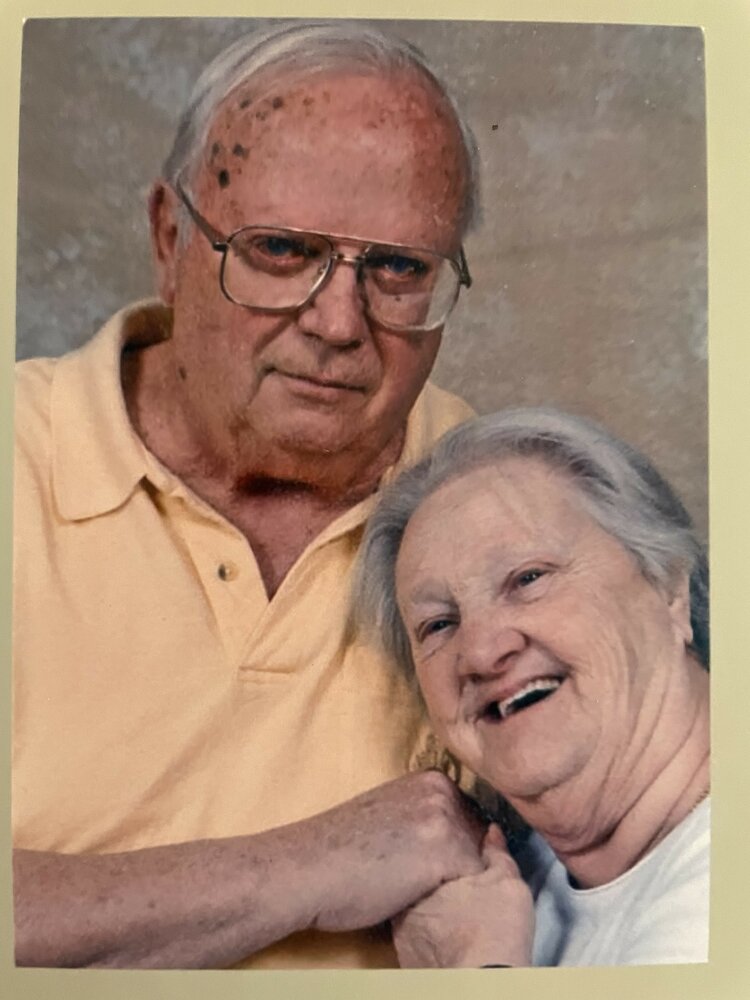 Please share a memory of Janet to include in a keepsake book for family and friends.
View Tribute Book

Janet Olive Rugar, 88, passed away peacefully at her Poughkeepsie New York home on January 5, 2023, surrounded by family and caregivers. She was predeceased in death by her husband of 50 years, Robert Gerald Rugar. Janet was born April 21, 1934, in Rhinebeck New York to Gordon and Nellie (Baldwin) Mergendahl. She was the third of nine children including two older brothers Gordon Jr. and Eugene, and younger siblings Joseph, Robert, Mary Ellen, Thomas, Sandra and David   Janet married Robert Rugar on August 25, 1956, in Rhinebeck New York.  Janet and Robert were blessed with five children, Robert, Charles (Donna), Fredrick (Tessie), Eva (Anthony) Abbott, and Beth Ann (Gregory) Jerman.  Her family continued to grow with thirteen grandchildren: Corey (Lacy), Jennifer (Don) Satterly, Christopher, Destinee, Chuck, Sara, Billy, Joey, Clarissa (Roberto DeJesus) Abbott, Nicole (Juan) Morales, Adam (Roy McFadden) Jerman, Joshua Jerman, and Alicia (Brenden) Miklavcic.  The final joys of her life were doting on nine great-grandchildren: Brayden, Acelynn, Avery, Wyatt Satterly, Amora Morales, Dante Morales, Deslin Morales, Brianna DeJesus, and Dylan DeJesus. The love that Janet shared through the years with family, with the foster children she took care of, with co-workers, with Sunday school students, with her mall friends, and in the end with her caregivers, will live on in their hearts. Visitation will be held at the Timothy P. Doyle Funeral Home 371 Hooker Ave Poughkeepsie New York, on Thursday January 12, 2023, from 4:00pm to 8:00pm. Interment will be at the convenience of the Family. Special thanks to Hudson Valley Hospice and her caregivers Julie, Karen, Teri, and Liz.  Their care allowed her the dignity and comfort of living at home until she was called to her eternal home.  In lieu of flowers, donations can be made to Hudson Valley Hospice (hvhospice.org).

To plant a beautiful memorial tree in memory of Janet Rugar, please visit our Tree Store

A Memorial Tree was planted for Janet
We are deeply sorry for your loss ~ the staff at Timothy P. Doyle Funeral Home
Join in honoring their life - plant a memorial tree
Online Memory & Photo Sharing Event
Online Event
About this Event

Look inside to read what others have shared
Family and friends are coming together online to create a special keepsake. Every memory left on the online obituary will be automatically included in this book.
View Tribute Book
Services for Janet Rugar
There are no events scheduled. You can still show your support by planting a tree in memory of Janet Rugar.
Plant a tree in memory of Janet