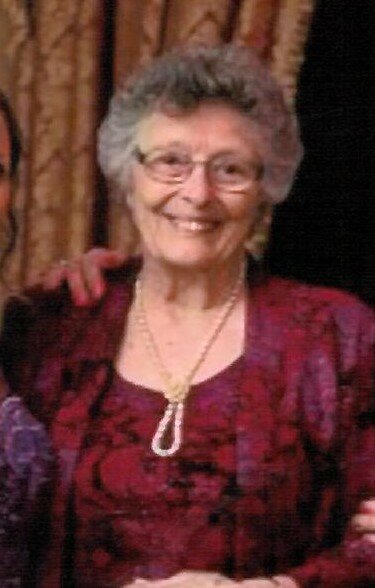 Please share a memory of Frances to include in a keepsake book for family and friends.
View Tribute Book

Frances Zahurak, 87, of Poughkeepsie, NY passed away on January 10, 2023. She was born on September 1, 1935, in the Bronx, New York to the late Charles and the late Grace (Farruggio) Gaetani.

She retired as the Office Manager for Grand Union in Red Oaks Mill. Frances also was employed at Dorsey Gage as a secretary prior to her marriage.

Frances was born and raised in the Bronx and moved to Poughkeepsie in 1957 after getting married.

She was a member of St. Martin de Porres Church. She loved the NY Yankees. Frances was a loving mother, grandmother and great-grandmother and she will be missed by everyone who knew her.

Frances was a great Italian cook and loved entertaining her family, who meant everything to her.

She was the wife of the late William Zahurak, who predeceased her in March of 2006. They were married on November 16, 1957, at Holy Rosary Church in the Bronx.

A Mass of Christian Burial will be held January 18, 2023, at 9:30 AM from St. Martin de Porres Church, Cedar Valley Road, Poughkeepsie, NY, with entombment to follow at Poughkeepsie Rural Cemetery.

To send flowers to the family or plant a tree in memory of Frances Zahurak, please visit Tribute Store
Tuesday
17
January