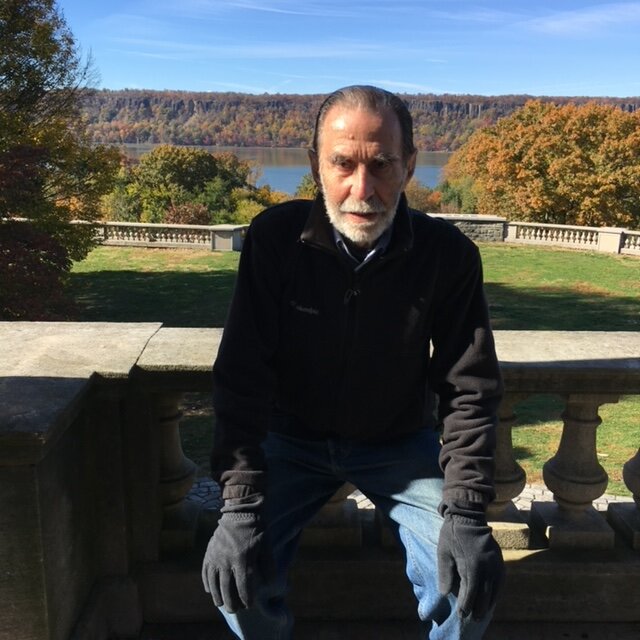 Please share a memory of Stanley to include in a keepsake book for family and friends.
View Tribute Book

Stanley Israel, 1927- 2023, died at Lutheran Care on January 12. Husband, father, grandfather and friend to many, Stan led a full, well-rounded life. He was born in Brooklyn and loved to tell stories about growing up there.  His quick wit and delivery made the stories come to life. Stan graduated from Tilden HS and CCNY.  After college he worked in public accounting and became a CPA before going to work for IBM and relocating from NYC to Poughkeepsie in 1964.  Stan retired in 1987 and then began his second career as a volunteer, giving of his time and caring to many local organizations, including Meals on Wheels, Big Brother, Community Friends and Hospice.  He and his wife were early volunteers at the Poughkeepsie Homeless Shelter where his breakfasts were greatly enjoyed by the guests. He was also a member of Vassar TEmple and CLS, where he taught vegetarian cooking classes. Besides being an accomplished cook who enjoyed making meals for many people, Stan played a competitive game of tennis from his early twenties until his late eighties.  Ever active, he did many carpentry projects at his homes and for friends. He could be seen riding his bike all around the city of Poughkeepsie until late old age. Stan is survived and will be greatly missed, by his wife Judy Harkavy, his children, Pam Israel and Ray Israel, his step-children, Sheryl Pellis (Jay), Elizabeth Swift, Ben Swift (Jen), and grandchildren Joshua Pellis and Emma Swift.  Cremation has taken place as per his wishes and gatherings to remember Stan will be private.  Donations in his name may be made to any of the above mentioned charities. His family would like to acknowledge the wonderful staff at Lutheran Care who showed Stan great caring and compassion in his final days.

To plant a beautiful memorial tree in memory of Stanley Israel, please visit our Tree Store

A Memorial Tree was planted for Stanley
We are deeply sorry for your loss ~ the staff at Timothy P. Doyle Funeral Home
Join in honoring their life - plant a memorial tree
Online Memory & Photo Sharing Event
Online Event
About this Event

Look inside to read what others have shared
Family and friends are coming together online to create a special keepsake. Every memory left on the online obituary will be automatically included in this book.
View Tribute Book
Services for Stanley Israel
There are no events scheduled. You can still show your support by planting a tree in memory of Stanley Israel.
Plant a tree in memory of Stanley