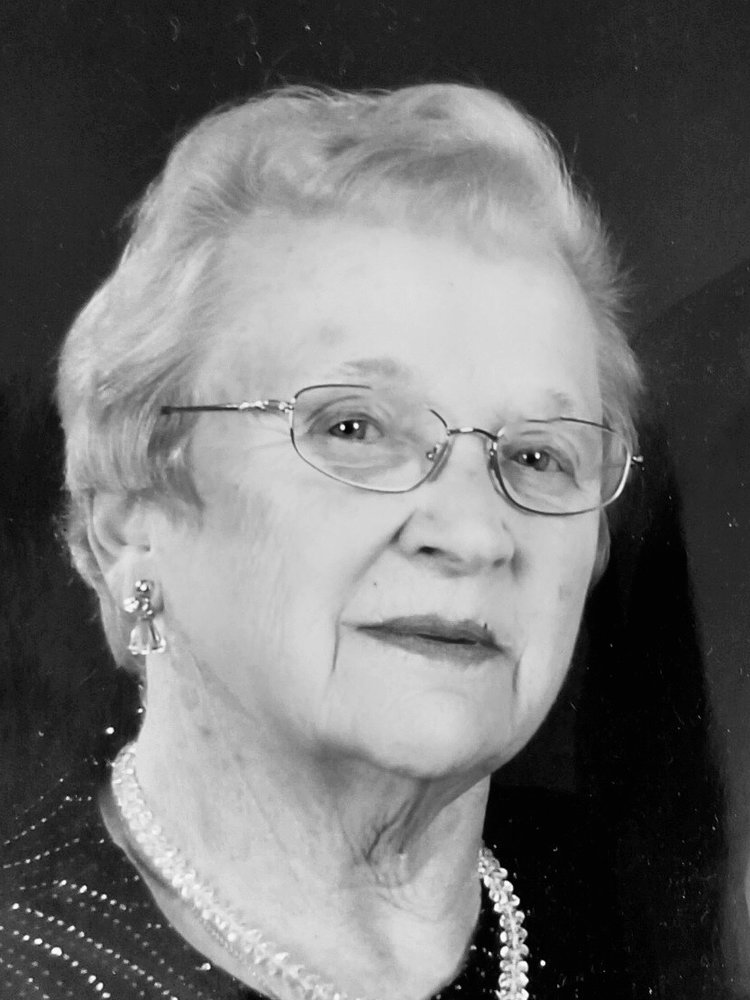 Marguerite Sprenger was born November 5, 1929 to the late Amelia and Carl Sprenger and lived her entire life in Poughkeepsie, New York.   She had one brother, Carl F Sprenger , who was killed during WWII in 1945.  During her early years, Marguerite simply became known as “Sis” to her closest friends and family.

She began her career as an early education teacher in the Hyde Park School district from 1955 to 1961 when she left teaching to dedicate her time to raising her children.

She married Otto A Schaedlich on April 24, 1955 at the First Evangelical Lutheran Church of Poughkeepsie, of which she was a lifelong member and contributed to many of the Lutheran Church organizations.

During her marriage to Otto Schaedlich, Marguerite and Otto were active members of the IBM Quarter Century Club, the NY Army National Guard Retired Officers Assoc., and the Germania Society of Poughkeepsie.

Marguerite and Otto Schaedlich spent 57 wonderful years of marriage together and enjoyed traveling throughout the world and spending time with their lifelong friends and family which always brought them such great joy.   Otto Schaedlich passed away on his birthday in September of 2012.

Friends and family will always remember her gracious smile, her great sense of humor and her extremely generous personality. She was fiercely independent and lived a full life with absolutely no regrets.

Funeral services will be held at the Timothy P. Doyle Funeral Home 371 Hooker Ave. Poughkeepsie, New York 12603 and will be limited to immediate family only. Interment will be at Poughkeepsie Rural Cemetery.

In lieu of flowers, donations can be made in her memory to:  First Evangelical Lutheran Church of Poughkeepsie, 325 Mill Street, Poughkeepsie NY 12601.

If you would like to leave online condolences please visit www.doylefuneralhome.com.

Share Your Memory of
Marguerite
Upload Your Memory View All Memories
Be the first to upload a memory!
Share A Memory
Plant a Tree