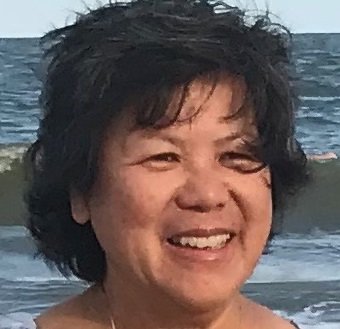 Anita Nichols, 69, of Poughkeepsie, passed away peacefully on Tuesday January 26th.  She was born on November 7, 1951 in Manila, The Philippines to  Eleana Chui and Kwai Yoen.  Anita attended school in Manila and graduated from the St. Paul College of Manila in 1974 with a B.S. in nursing.  Within a year after graduating, she came to the United States and started a nursing career in Queens, NY.   On January 28, 1978, she married William Edward Pursino in Elmhurst, Queens, NY.  She became a U.S. Citizen on March 14, 1980.  Anita was a career RN at St. Francis Hospital (later becoming Mid-Hudson Regional Hospital) for almost 40 years, the last several years working in Endoscopy and in pre-surgical testing.  In 1992 she received her Master’s Degree in Nursing from Pace University and soon thereafter joined the Air Force Reserves as an officer.   On April 26, 2012 she married James M. Nichols, a long-time Hudson Valley Resident, formerly from Missouri.  She maintained her career at the Poughkeepsie hospital while she followed her military career in the Air Force until she retired after 20 years at Westover Air Reserve Base in Springfield, MA in September 2013 as a Lieutenant Colonel.  She was involved in CCAT teams, who trained in transporting wounded warriors from various war fronts to major hospitals around the world.  She also spent time volunteering in Nicaragua to help the health needs of the poor.  Among Anita’s enduring assets were her dedication to her country, dedication and love of her nursing career and her close relationship with her many friends and relatives.  She loved doing yoga, gardening and growing all kinds of plants.  She was the driving force of her family, keeping them involved in travel, cruises, camping trips, reunions and get-togethers.

She is survived by her daughter, Tiffany Christine (Pursino) McPhee and her husband John Michael McPhee, two grandchildren, Madison Rose and Parker William McPhee of Poughkeepsie.  She is also survived by her husband, James Nichols, including 3 stepchildren, and 5 step-grandchildren.  Other survivors include 3 sisters and 2 brothers: Augosta and Mary of  Oceanside, Long Island, NY, Adelina of Pleasanton, CA; Johnny of Oceanside, Lazaro of Redwood City, CA.  And a total of 6 nieces and nephews.  A sister, Clara, of Queens, NY preceded her in death in 2015.

Visitation will be at Timothy P. Doyle Funeral Home at 371 Hooker Ave., Poughkeepsie, NY from 4pm to 8pm on Tuesday February 2nd.

Funeral services will be conducted at Holy Trinity Church in Poughkeepsie on Wednesday February 3rd at 10am officiated by Father Aris Dormido, Filipino Apostolate. Remains will be interred at St. Peters Cemetery in Poughkeepsie.  The services for Ms. Nichols will include military honors.


The family requests that in lieu of flowers, donations be made to Hudson Valley Hospice or the Lustgarten Foundation for Pancreatic Cancer Research or the American Cancer Society.