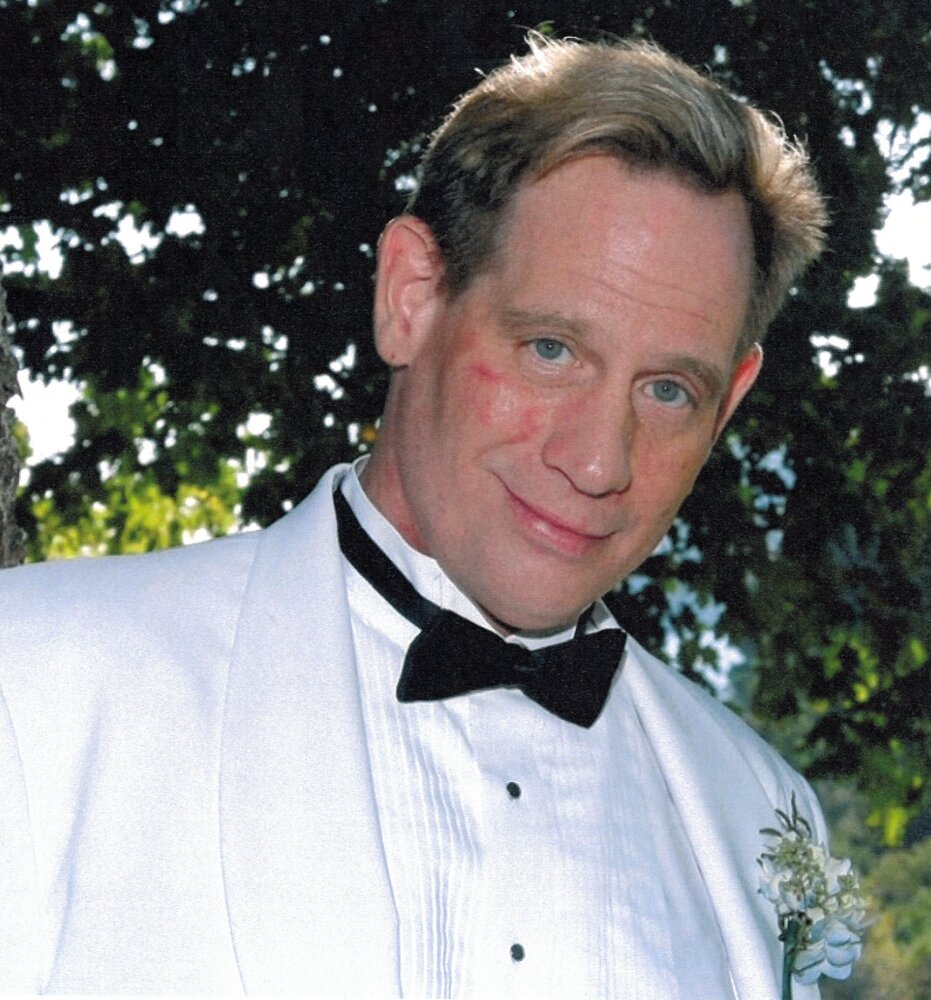 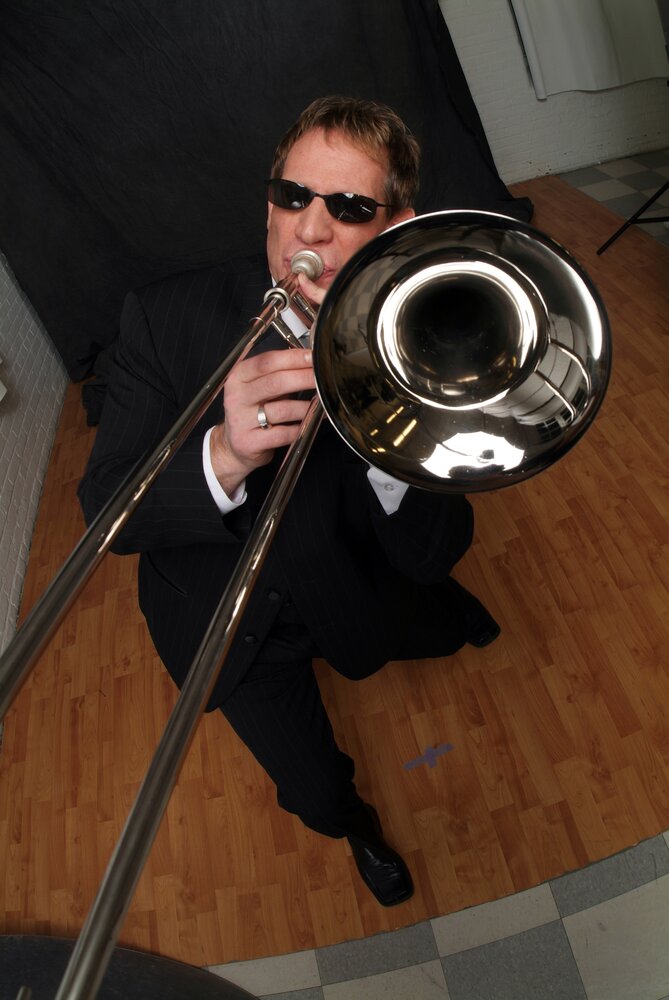 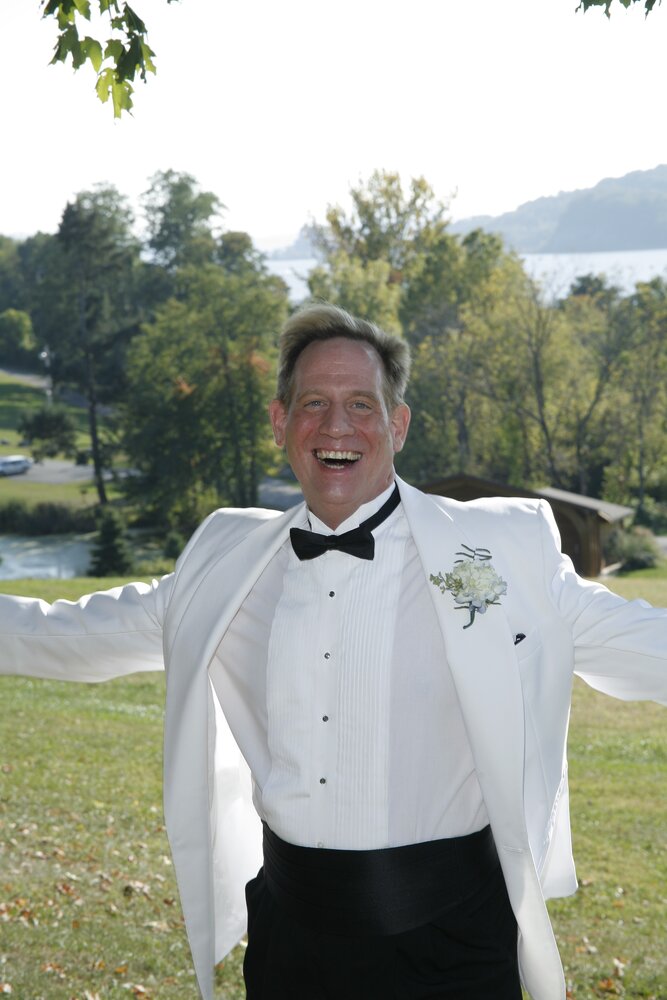 Please share a memory of Keith to include in a keepsake book for family and friends.
View Tribute Book

Keith Lindsay Teller, trombonist, magician, actor, director, devoted husband and all-around great guy, shuffled off this mortal coil on the morning of Oct. 4, 2021, after an 18-month battle with pancreatic cancer. He was 64.
A life-long resident of Poughkeepsie, Keith came into the world feet first on Dec. 29, 1956, the eldest child of the late Shirley A. (nee Keith) Teller and Ralph T. Teller Jr., who survives in Wappingers Falls.
Keith was a 1974 graduate of Arlington High School and a 28-year advertising professional at the Poughkeepsie Journal, where he continued to work through his illness. He also worked for Arlington School District as a teaching assistant.
On Oct. 7, 2007, Keith married the love of his life, Jessica Beasimer, who was by his side until his last moments. Heartbroken, Mrs. Teller survives at home.
Keith is also survived by his sister, Rebecca Mancuso and her husband Nick of Poughquag; brother Eric Teller and his wife Mary Lou of Hyde Park; step-sister Cindy Shetler and her husband Greg of RI; step-sister Barbara Seith of RI; nephews Kyle Teller and his wife Victoria of NH; Myles Mancuso of FL; nieces Claire Postolan of Hyde Park; Mikhaila Shetler of RI; great-nephews Ryder and River Postolan of Hyde Park; and many dear friends.
In addition to his mother, Keith was predeceased by his beloved younger brother Mark Teller.
Keith was a true Renaissance man, a natural born entertainer with many talents and interests.
Keith played trombone professionally his entire adult life, working with Hot Shot, the Mallards, the Bill Perry Blues Band, The Big Smoothies, and several other bands. He was an original member of Soulsystem and was the horn section leader. During Keith’s nearly 30 years with the band, he traveled the globe, playing in China, Russia, Puerto Rico, and the Bahamas.
Keith attended Dutchess Community College and studied acting and directing at New York University, Circle-in-the-Square, and David Mamet’s Practical Aesthetics Workshop. Keith was president of MASC (Mid-Hudson Arts & Science Center), where he directed award-winning theater. He founded Apple Blossom Productions in 1985 in Poughkeepsie, and co-founded Tangent Theatre Company in New York City in 2000. In 1991, Apple Blossom was invited to perform Waiting for Godot at the Festival Internationale de Cafe Theatre in Nancy, France, which Keith directed. Godot was his favorite play and he directed it many times. He also taught acting classes at Vassar Brothers Institute.
Keith was also a professional magician who began performing as an adolescent. He did hundreds of magic shows over the years and delighted every child he knew with his many tricks. He often practiced card tricks during his cancer treatments and he entertained the nurses who took care of him at Hudson Valley Cancer Center.
Keith loved animals and leaves behind his beloved poodle Trixie. Keith was also an aquarist who kept a salt water reef tank, and he cared deeply about the environment and the natural world.
Keith was a gentleman who treated everyone with kindness and respect, and he made friends everywhere
he went. He was a staunch liberal who was passionate about the arts, equal rights and racial justice. He was intelligent, romantic, funny, sweet, loyal, and so much fun to be around. Keith had many dear friends and he will be forever and deeply missed by all who had the pleasure of knowing him.
Calling Hours will be held on Friday, Oct. 29, from 2pm to 4pm and 7pm to 9pm at Timothy P. Doyle Funeral Home, 371 Hooker Ave. Poughkeepsie, NY 12603. Masks are required to be worn at all times within the building by those who have not been fully vaccinated. Keith’s family requests your respect and honesty regarding this policy, as a funeral home is a gathering place where high-risk people may be in attendance. If you are unvaccinated, please know Keith would urge you to get your shots; he felt very strongly about this so please do it for him!
In lieu of flowers, memorial donations may be made to the Pancreatic Cancer Action Network (pancan.org) or the ocean conservation organization Oceana (oceana.org). Keith’s family thanks all of those who took care of him, from Dr. Raschella to Dr. Kancherla, and the nurses at Hudson Valley Cancer Center and Vassar Hospital, especially Maranda in the E.R. Bless you all.

To send flowers to the family or plant a tree in memory of Keith Teller, please visit Tribute Store
Friday
29
October