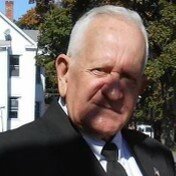 James Leight passed away on December 11, 2021, at home surrounded by his loving family from a brief illness. James was born on June 13,1941, to the late Lottie and William Leight of Whaley Lake Ny.

James Served our country in the Army artillery  from 1966 to 1968 overseas during the Vietnam war. After he got out of the services, he joined his three brothers as a park ranger at Sonita Hill boy scout camp in Pawling NY. He worked on the NYS highway service department. After that he moved to Poughkeepsie NY.  In 1980 to 1999 he worked at Vassar Brothers Hospital as a Safety officer. From 2001 to 2013 he worked at Marshal and Sterling insurance company in Poughkeepsie as a Maintenance supervisor at this time he retired in 2013. In between he held odd and end jobs to keep himself busy. He enjoyed coloring with Gel pens and his owl books.

On May 25 1998, James meet the love of his life Debbie in Pennsylvania, in 2000 James decided to have Debbie move to Poughkeepsie NY where they could be happy together. They have been together for 23 years.

He is survived by his wife Debbie Fulton in Poughkeepsie NY. His daughter Shannon Dahlstrom who resides at home in Poughkeepsie Ny His Son Benjamin Fulton and his wife Ann from Landsdale PA. his sister-in law Iren Leight of Pawling Ny a sister Eleanor Pfeiffer from Millbrook Ny.  His sister-in law Patricia Lamoureaux from Warminster PA. His sister-in-law Marcia Fulton from Warminster PA his sister in- law Nancy Quirin from Warminster PA. His Grandson Benjamin Fulton and his Granddaughter McKaylie Fulton his step granddaughters Tammy and her husband Derrik and Leeann and her boyfriend Jon from Landsdale Pa. and a great granddaughter Alison. His Extend family the Van Tassells and Marcia Ellis. And many Nieces and nephews.

He is predeceased by his brothers Willy, Charles, Gene, David, Walter, his sisters Kathleen, Rosey, his sister- in law Rose Marie Glasser

in lieu of flowers we are asking that donations be made in James name to the Hudson Valley Hospice at 374 Violet Ave Poughkeepsie, Ny 12601 or you can donated towards his service in care of Doyle’s Funeral Home.

To plant a beautiful memorial tree in memory of James Leight, please visit our Tree Store